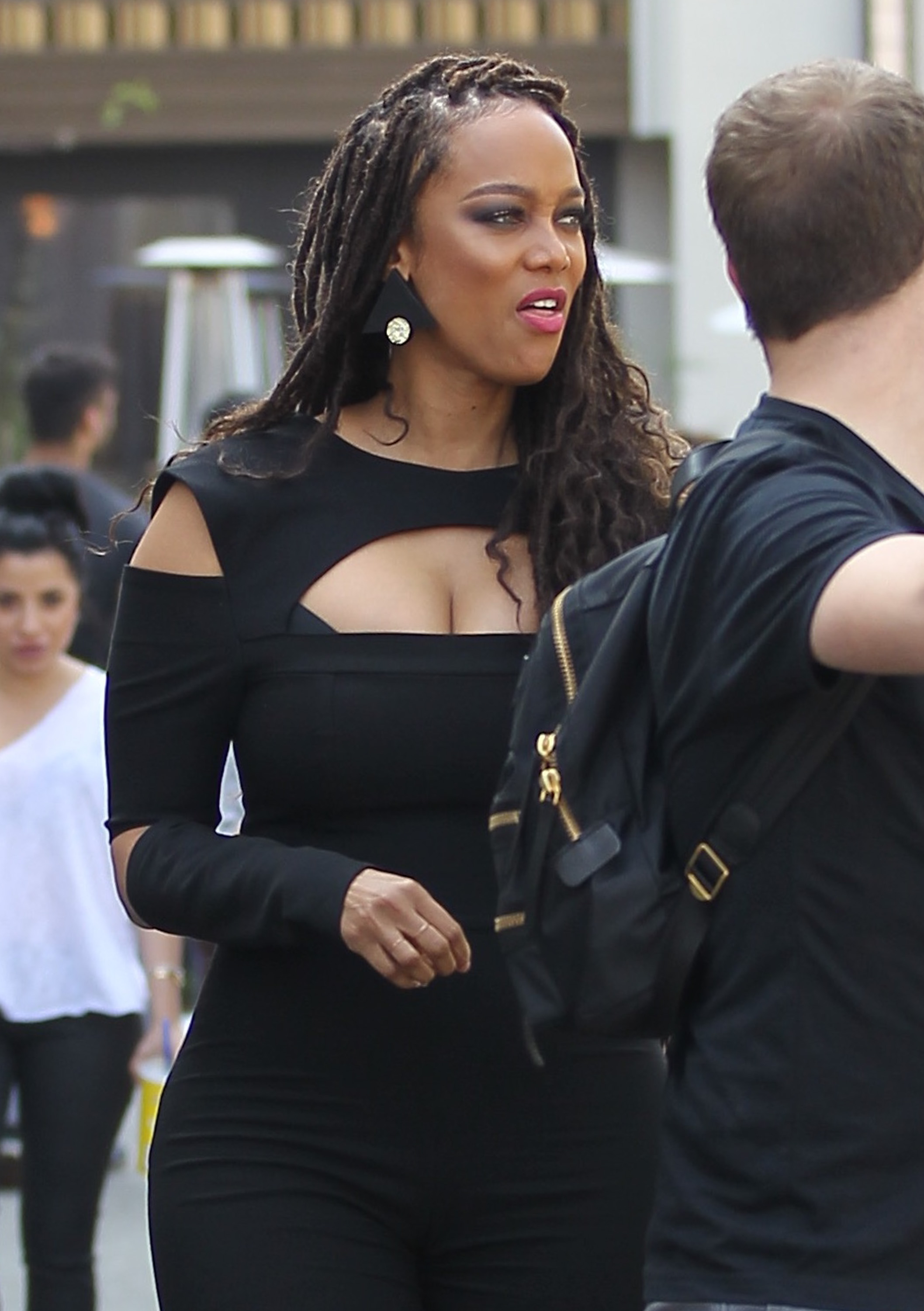 Tyra Banks just can’t let go of her past with nemesis Naomi Campbell. In fact, the former ‘America’s Top Model’ host said that Naomi allegedly did something so scary to her that she still can’t shake off the negative feelings she has over their tumultuous relationship that began during Tyra’s first years as a runway model.

According to Page Six, Tyra opened up about her long-running feud with Naomi, who she was often compared to during the height of her modeling career. In an interview with the Norweigen-Swedish show ‘Skalvan,’ she admitted that she’s still scared of Naomi until this very day.

She said, “I got to Paris and it was very difficult I did very well, very fast. But then the industry was saying, ‘Look out Naomi Campbell, here comes Tyra Banks, Naomi Campbell sit your butt down, this younger one is coming to take your place.”

Even though Tyra didn’t say exactly what Naomi did, she recalled, “It wasn’t fair to Naomi, but her response was … to this day I’m very scared of her. I don’t want to go too deep into the past, but it was very difficult, like some of the lowest times of my life dealing with that.”

Tyra added that Naomi eventually apologized to Tyra on her now defunct talk show back in 2014 for what went down between them. But apparently, it wasn’t enough for her to close that chapter of her life and move on and that’s why she’s still talking about it today.

Quite frankly, there’s very little chance that Naomi Campbell even cares about let alone thinks about Tyra Banks anymore. Naomi is still considered one of the most successful supermodels in the world while Tyra ended as a reality completion show host.

It’s without a doubt that Tyra is brining up their feud once again because she wants the publicity. Tyra knows that talking about Naomi will make headlines and hopefully remind people that she was once an A-list model too, even though it was only briefly.

Do you think Tyra Banks is still frightened of Naomi Campbell or is she just trying to generate another war of words through the media? Do you think Naomi will even respond to Tyra’s comments?

Let us know in our comments section and of course, check back with CDL for all the latest updates and news on all of your favorite celebrities right here!

I believe that perfect is boring. Our “flaws” are what make us, us, and that’s beautiful. That is what being Flawsome is really all about. Flawsome means, “Flaws + Awesome = Flawsome.” No one is flawless, and that’s not only okay, it’s awesome! This is me and my #FiveHead in our NEW Flawsome Face Tinted Moisturizer. #ImFlawsome, and I wouldn’t want it any other way. 💛 @TYRABeauty