Who Do You Think Will Win Dancing With The Stars Season 22? VOTE! 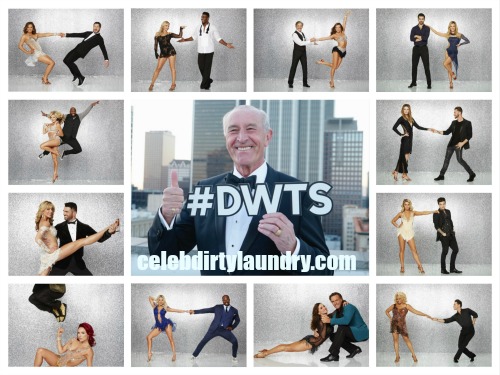 Season 22 of Dancing with the Stars kicks off Monday night at 8pm on ABC and it should be one to watch. The three original judges are back in their chairs this season – Len Goodman, Carrie Ann Inaba and Bruno Tonioli. Here’s a look at this season’s competitors – check it out and vote in the POLL below on who you think will take home the season 22 mirror ball trophy.

Geraldo is one of the most active and athletic “senior” participants that DWTS has ever had. Usually the older dancers struggle to keep up with the younger competitors, but Rivera might give them a run for their money – plus he has a history of reality TV success and is active on social media.

Doug may prove to be one of those twinkle toed NFL ballers that does well on DWTS. It seems like pro-athletes like Flutie are either surprisingly good or shockingly disappointing when it comes to getting their dance groove on – Flutie is a bit older, but as a former QB, may prove to be light on his feet.

Marla has danced on Broadway, so that may give her an edge. But what could prove either troublesome or helpful is her past marriage to Republican Presidential hopeful Donald Trump. Will his political edginess prove to be marvelous or mischievous for Maples? We’ll see.

Kim’s background as a child star may help her since she’s got a diverse fan base – but Real Housewives don’t have an impressive track record on DWTS. Fields says dancing is in her blood – one of her grandmas was a dancer. But can Fields generate enough interest and votes to lock it down?

Nyle is a looker, that’s for sure, but he’s got major obstacles in his way. The American’s Next Top Model winner is deaf and that may prove troubling. However, DiMarco’s hotness and his fascinating life story might help him overcome the odds of not being widely famous.

Wanya is known for his singing chops in Boyz II Men, but he comes into DWTS carrying extra weight and without a massive current fan base. However, his partner Lindsay Arnold could help him do well – she finished 3rd last season and is herself a past reality contestant on So You Think You Can Dance.

Mischa had fame in the early 00s but since then has seemed to generate only controversial tabloid headlines. That being said, at least people know her name. Barton doesn’t have any formal dance training in her past and no past work involving this type of activity, so we’ll see.

Ginger’s job as a weatherwoman on Good Morning America an ABC News puts her on some people’s radar, but may not have a wide enough pre-existing fan base to get the votes she needs. Zee is comfortable in front of the camera and we just have to cheer for a science-babe.

Von has a large fan base as a former Super Bowl MVP and he might be the reason a bunch of husbands tune in alongside their wives for this season of DWTS. It also helps that he’s young and in great shape. What might work against Miller, though, is his 6’3” stature and 249 pounds of muscle.

Antonio is one of three pro ballers competing in DWTS season 22 and he’s also young – and if you’ve seen his end zone dances, you know he’s got some moves. Brown is fast on the field, that’s a plus, and at 5’10” and 186 pounds should be much lighter on his feet than Von Miller.

Jodie may benefit from the recent premiere of Fuller House on Netflix and a resurgence of the Full House fan base. Sweetin’s story of child star to drug addict to clean and sober mom of two is also fodder to encourage viewers to root for her. Plus, she’ll likely get support from her Full House co-stars.

Paige has a lot going for her. She’s gorgeous and an amazing athlete as a UFC fighter. But will her moves in the fight ring translate to dance floor skills? Ballas will be a huge asset with 18 DWTS seasons under his belt, two mirror ball wins, plus two second and three third places. She could win this.

What do you think? Who is your odds-on favorite to dance to a mirror ball trophy win on Season 22 of Dancing with the Stars? Vote in our POLL and share your comments below.  Make sure to join our awesome DWTS Facebook Group, RIGHT HERE!