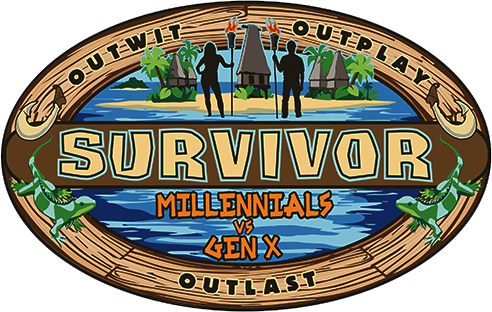 On tonight’s Survivor episode earlier this evening Ken McNickle broke down tonight crying in the sand after he won his fourth individual immunity. Jeff put the necklace on him and told him he’s officially in the final three. At the penultimate immunity challenge, David Wright was voted out. The three final Survivors eligible for the title of Ultimate Survivor are: Adam Klein, Hannah Shapiro and Kenneth McNickle.

Tonight, it is a live one-hour reunion special hosted by Jeff Probst. We will also get to hear from the castaways that did not win. Earlier in the evening, we saw the final episode and now we are going to find out who won the title of, “final survivor.”  You can read our LIVE recap of the finale elimination episode of Survivor Millennials vs. Gen X right here!

Tonight’s season 33 reunion episode looks like it’s going to be great and you won’t want to miss it, so be sure to tune in for our live coverage of CBS’s Who Won Survivor: Millennials vs. Gen X between 10PM – 11 PM ET! While you wait for our recap make sure to check out all our Survivor: Millennials vs. Gen X recaps, news, spoilers & more, right here!

Adam won in a unanimous vote!

Jeff thanks the players and says this was one of their best seasons ever. Jeff asks Adam about his purpose for playing which was his mom. Adam says his family are all Survivor fans. He says he and his mom almost got on Blood vs Water together and his mom told him to go.

Adam says it brightened her spirit. Adam says the hardest part was being away from his family but he felt her sending him energy from him and says she recorded videos while he was away for him. He says she was with him the whole way and is with him tonight.

Jeff says he gets asked about when he decided to tell, he told his enemy Jay. He asks Jay who says they have been fighting forever like brothers and Adam needed an outlet and he respected him and Jay says he loves Adam so he came to him and told him.

Adam says he knew Jay was doing this for his family too. Jeff says he had to fly home and Adam says he got on the first flight home and says during final Tribal she was up and walking and then he got home and he told her he loved her and says she died an hour after he got home.

Adam is working with Stand up to Cancer and Bristol Myers Squibb are matching Adam’s fundraising efforts up to $100k. It’s SU2C.org/Survivor to donate. Adam says he’s donating $100k of his winnings to the foundation. Jeff thanks him for sharing his journey.

Jeff says the big theme was power personal stories like David’s. We see David being scared of everything when he started. Jeff says most of his friends said David was going to be first off but he transformed into a kingpin.

David says he got out there and had a voice in his head telling him no one likes you then people showed him love and support and the irony is that what’s made him a big threat. David says people have reached out with their own anxiety issues to cheer him on.

David says if he can make them feel a little less uncomfortable, that’s awesome. Then we see Zeke’s journey. He says all he knew how to do was ride the subway. He says Survivor made him a warrior. Zeke says he felt the change and says he was blindsided from the start.

He says he pulled himself from the bottom, allies deserted him, then he got people to go to rocks for him. Zeke says you’re not given many opportunities in life to test yourself and he’s undervalued himself and Survivor showed him he’s stronger than he imagined.

Jeff talks about hoping for the culture clash and they got it when Bret and Zeke gave the moment of the season. We see Bret coming out to Zeke on the show. Zeke says he owed a lot to Bret’s generation and it shows the Millennial vs Gen X divide.

Jeff says he had friends over to watch that night and his friends were wowed. Bret says he didn’t talk to Zeke til after the merge and then he found he was a fun guy to talk to. He says they had the rewards and beers and they bonded so he felt safe.

Bret says since his mid-30s, he told friends and family and a friend called it the worst-kept secret in the police department. Bret says he had a person come up and says a young guy asked him what to do and Jeff says you’re changing lives.

Jeff talks about Hannah and Ken’s moment. We see Hannah looking at Ken and talking about how gorgeous he is. Hannah says she feels bolder now than when this started. She says it was about finding people to help her push through.

She says it’s weird watching it back and so many people have reached out to her about anxiety and panic attacks. Another tweet talks about Hannah’s ability to flirt with hotties. Hannah says these boys had their shirts off and she was flirting with the pretties face on the island to see what happened.

Jeff asks Ken about his social anxiety issues. He says he works with the homeless and you never know what someone has one through and says people assume things about him and his speech impediments and twitches as a kid til he was 25. Ken says he was a wallflower. Jeff asks if he’s single and Ken says it’s complicated.

Will, Michaela and Jessica up next

Michaela talks about how she didn’t realize her seashell thing was such a detriment til she saw it back on TV. She says she was trying to show them something and they weren’t loyal to her. Jeff asks Jessica about going to rocks.

Jessica says she had no other option but picked the wrong rock. She says loyalty mattered so much and she could turn her back on David since he saved her. Jess says others had tried to vote her out so she couldn’t turn her back on those that mattered.

Jess says she would have lost the game and Adam put his hand in the bag too and he’s a winner. Jeff says Will was their first high schooler ever. He says his dad tried to keep it together but his parents struggled to let him go on the show.

He says it was tough but he told them he’d never get on anyway then he got on and they were committed. Jeff says he held himself well. Jeff asks Sunday about moms playing and she says being a mom can be your identity and you need to find yourself again.

Jeff asks Taylor and Figgy about their showmance. Figgy says they are no more – there’s no Figtails. She says it was a beautiful thing out there and was her downfall in the game. She says it was her choice and he has blue eyes but she should have played it differently.

Taylor has a new baby and they congratulate him. Jeff says he loves the Millennials. Jeff asks Chris how much time do players spend thinking about twists. Chris says a lot of time but you have to be adaptable to the twists and that’s what the great players did.

He says when he was blindsided, Bret lost his true love on the show and adapted. Bret laughs.

A look at Survivor 34

Jeff says Fiji was the most spectacular place they’ve ever shot the show and so they’re going back again. Next season is the most competitive group ever. Survivor Game Changers is in spring and Michaela will play again.

Tony Vlachos is also back along with Tai Trang, Caleb Reynolds, Ciera Eastin, Cirie Fields, Sandra Diaz-Twine, and Ozzy Lusth. There is a great group of veterans playing next season including former winners of the game.

Michele says no one is bitter, this is the game. Jeff says if you want to play apply at CBS.com. Jeff thanks the fans and says the next Survivor premieres in March