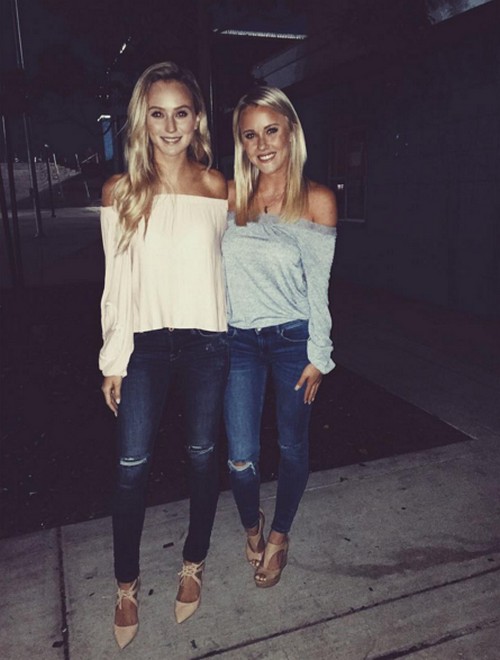 Who is The Bachelorette 2016 winner, Lauren Bushnell or Jojo Fletcher? Ben Higgins’ season 20 of The Bachelor is nearly over, and on next week’s finale episode Ben will give away his final rose to either Jojo or Lauren.

Normally by now in a traditional season of The Bachelor, it would be pretty clear who the winner is, however Ben Higgins can’t seem to make up his mind between the final two women – and he told both Fletcher and Bushnell that he loved them during their Fantasy Suite Dates.

The Bachelor 2016 spoilers teased months ago that flight attendant Lauren Bushnell would be going all the way in Season 20, and was Ben Higgins’ winner and final rose recipient. Bachelor blogger Reality Steve spoiled the finale before the show even began, and informed his readers that Lauren was getting a Neil Lane engagement ring from Higgins.

However, that was before it was revealed that Ben told both of his final two women, Jojo Fletcher and Lauren Bushnell, that he loved them – and it became clear that he couldn’t decide who won and who to propose to.

As of right now, all spoilers and signs are pointing to Lauren Bushnell being Ben Higgins’ Season 20 winner – and Reality Steve’s finale spoilers are most likely correct, but that doesn’t mean that it will be a smooth ending to The Bachelor 2016.

Apparently Ben Higgins changed his mind several times the day of the finale and flip-flopped between Jojo Fletcher and Lauren Bushnell more than once before the final rose ceremony. One thing is certain, it will definitely make for good TV.

So Bachelor fans, are you as excited as we are for the The Bachelor Season 20 finale? Do you think there is a chance that the spoilers are wrong and Jojo Fletcher could still be the winner? Did Ben Higgins choose the right woman – or should he have dumped Lauren Bushnell?

Let us know what you think in the comments below and don’t forget to check CDL for all of you’re the Bachelor 2016 spoilers and news!

Prom posing with my sweet little Firestone @mfirestone12 #jamaica — (Dress is from Bebe!)