Will Smith Admits Jaden Smith and Willow Smith Poor Parenting Choices: ‘We May Have Gone Too Far’ 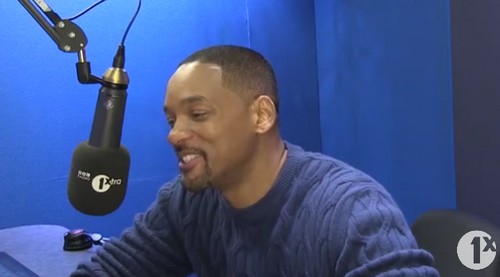 Will Smith confessed in a radio interview that the freedom he allowed his children Willow Smith and Jaden Smith may have ‘gone too far.’ Does Will Smith regret his parenting choices?

On February 8 Will Smith sat down with DJ A. Dot from BBC Radio1 Extra to talk about a variety of things. He of course talked about the Oscars and his latest movies on tap. But the most interesting thing he talked about was his children and his choices in parenting with his wife Jada Pinkett Smith.

Celebitchy shared some of the questions and answers Will Smith addressed in his interview:

Q: Your kids both seem to have a lot of freedom of expression. Is that something you consciously encouraged them to have?

“Yeah I think it may have been a mistake. We may have gone too far.”

Q: How do you respond then, for example, if you encourage them to have freedom of expression and then people will start making jokes about say Jaden modeling women’s clothes. How do you – as a dad – handle that?

“And Jaden is 100% fearless, he will do anything. So as a parent it’s scary, it’s really terrifying – but he is completely willing to live and die by his own artistic decisions and he just doesn’t concern himself with what people think.”

Q: So how do you balance that freedom with controlling your kids as well. Are you a strict parent? Does Willow have a curfew?

“You’re hitting on a really difficult issue at my house. I have two sons, my oldest is 23. Jaden is 17 and Willow is 15. The boys – when they go out they have 6 or 7 dudes so they have a small army when they go out, so their freedom is slightly different from Willow’s. Willow’s a 15-year-old girl, so we try to have the same rules but it’s a different world, so we’ve been struggling with that. The answer is yes, Willow has a curfew. Fridays and Saturdays we give her till 11, 11:30… she keeps calling and adding 15 minutes.”

Ha ha. Go figure. The dads are always super protective of their girls, now aren’t they? How do you think Jada Pinkett Smith feels about her daughter, Willow Smith having to live by the slightly different freedom? Do you think she gets all bent out of shape over girl power? Or do you think she stands by her husband and knows that as a girl, Willow needs a little more protection? Do you think that Jada feels like Jaden Smith is just fine because he’s a boy and not the baby?

Will definitely didn’t get even a slight hint that Will and Jada Pinkett Smith would be attending the Oscars. So no regrets or change of heart on that front. But did we really think that was going to change? Not likely after the video Jada Pinkett Smith posted online.

If you are itching for a little bit more controversy, you should definitely check out Will’s new film Concussion. This movie deals with a very controversial topic that plagues the NFL, concussions. If you have already seen, Concussion, we’d love to hear your thoughts on it. Sounds off in the comments below and be sure to check back here at CDL for all of the latest news on your favorite celebrities.