Adele Doesn’t Want To Tour Ever Again: Will She Still Make Music? 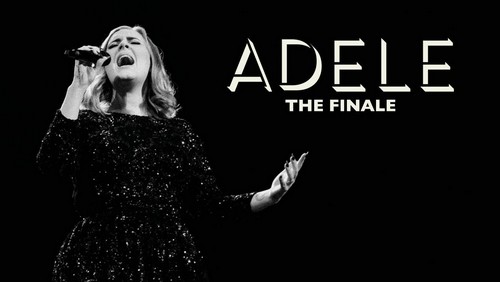 Adele stated that she will never tour again and apparently, she’s serious. The British songstress sells out tours just like she sells her music. She announced to fans that she may never tour again as she ended her show at Wembley Stadium in London, England on Wednesday night. The new came in the form of a handwritten note include in Adele’s tour programs.

In her note, Adele explained that she toured only for her fans. She would prefer if she didn’t have to tour at all. She said that touring lifestyle is not for her. Adele would much rather spend her time at home with her son Angelo than travel around the globe. She also stated that she has a “terrible history of touring.”

Fans who are attending her London concerts at the Wembley Stadium during the next few days may be the last ones to see her perform live. Adele has been traveling around the world for the past 15 months. She’s been to stops like North America, Australia, and most of Europe. Adele was scheduled to perform her last London date on Sunday night, where she will have performed 123 shows since she started touring her latest album, 25, last year.

But, it looks like that may not happen after all. Adele has cancelled her final tour shows. She claims to have damaged her vocal chords and says she cannot perform her last two shows, reports the Daily News. Adele took to Twitter to exclaim that she doesn’t think she can make it through those shows. She called the last two shows “the biggest and best shows of my life,” but she found herself struggling to perform.

Along with her Twitter apology, Adele told fans that her final Wembley shows would be scheduled for a later date. She said that refunds will also be made if not already. Fans may have to wait a while for a new Adele album. She’s already found her new hobby. She wants to start selling her arts and crafts on Etsy.

Speaking to the crowd at Wembley Stadium, Adele revealed that she acquired a new hobby. She now enjoys making pom poms, whatever that means. The singer-songwriter said that she’s gotten better at it. She ended up making a cat out of pom poms. Adele event set up an Etsy account so she can start selling them.

If Adele can sell out tours and albums, then she can sell pom poms. Maybe that will be her next career venture. She told the crowd that she’s just “looking forward to being a mum.” What are your thoughts on Adele not touring ever again? Sound off below in the comments section.