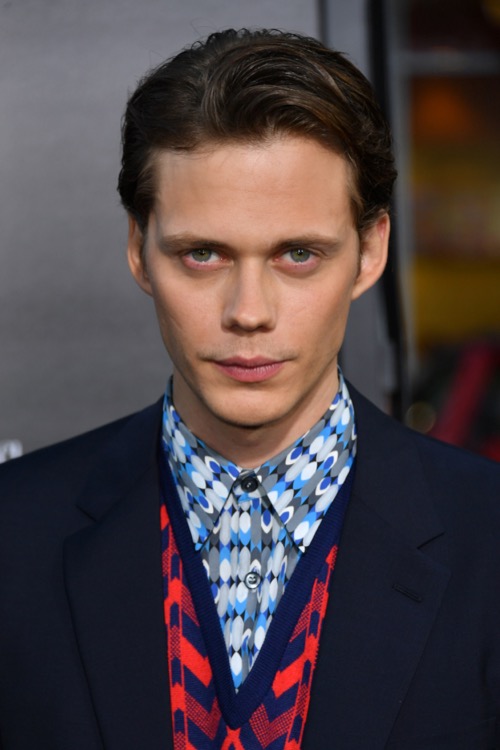 Alexander Skarsgard’s brother Bill Skarsgard is taking Hollywood by storm. In fact, a lot of Alexander’s fans can’t help but notice that Bill looks just as handsome as his famous older brother. And now Bill is showing the entertainment industry that he’s just as talented as Alexander, prompting a lot of people to call him the next big name in Hollywood.

In fact, Alexander Skarsgard was even on hand to show his brother Bill support during the red carpet premiere of his latest movie, It. The horror film is being hailed as the scariest movie of 2017. And while Bill was doing his best to impress the media and photographers on the red carpet, Alexander playfully tried to scare him from behind.

At one point, the Big Little Lies actor even snarled behind him and placed his hand on Bill’s shoulder. Some eyewitnesses say that Bill seemed rather unfazed by his brother’s antics, while others say that he did look a little annoyed. Either way, Alexander was there to show his support, even if he did act like a goofy older brother with his silly behavior.

Alexander and Bill aren’t the only two Skarsgard brothers in Hollywood. Their brother Gustaf Skarsgard was also at the movie premiere. He stars in the History Channel’s Vikings. 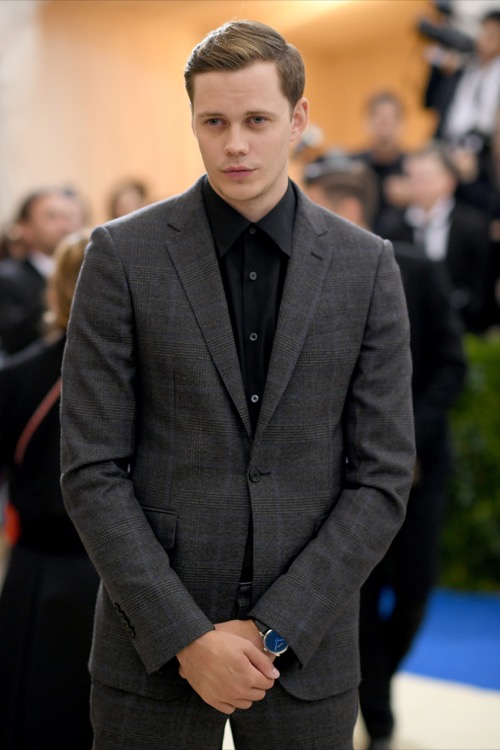 Clearly, the Skarsgard brothers are looking to follow in Alexander’s footsteps by making a name for themselves in Hollywood, too. After all, if it worked for Alexander, it should definitely work for Gustav and especially for Bill. He’s got model-rugged good looks and the kind of charisma and personality that movie producers and directors look for in rising Hollywood stars. And while the Skarsgard brothers already have name recognition in their native Sweden, they are clearly setting their sights on Hollywood.

Bill Skarsgard also stars in Atomic Blonde, opposite Charlize Theron. It’s safe to say that Bill is looking to become an A-list name in the industry. Slowly but surely, it might happen. The only question is whether or not Alexander is willing to help his little brother in the business or if he plans on doing it all on his own. Fans will find out soon enough.

So far It has generated positive reviews from critics. The film is based on the Stephen King novel of the same name. In the meantime, don’t forget to check back with CDL for all the latest news and updates on Alexander Skarsgard and Bill Skarsgard along with all of your favorite celebrities right here!