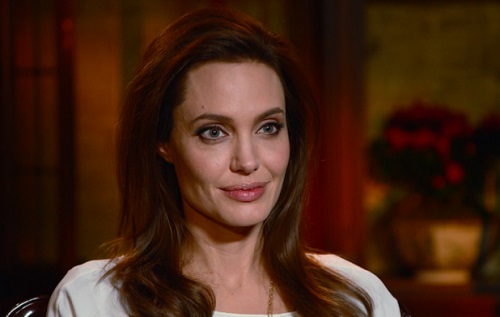 Angelina Jolie may look like the image of perfection. She has the perfect face, the perfect lips, and the perfect body. But, her personal life is far from perfect. To the shock of everyone, she filed for divorce from Brad Pitt. She also admits that she’s not a perfect mom despite raising so many kids. She had to look to her late mother, French-American actress Marcheline Bertrand for inspiration. Angelina Jolie sat down for an exclusive interview with journalist and longtime friend Marianne Pearl for Elle France.

The interview took place back in April. The 41-year-old actress spoke candidly to Pearl about her thoughts on motherhood and how she wants to be a good example for her six children. Angelina Jolie had to look to her mom, who passed away from cancer in January 2007 at the age of 56. Jolie remarks that she could have lived to be her children’s grandmother. She shares her children with estranged husband Brad Pitt – Maddox, 15, Pax, 13, Zahara, 12, Shiloh, 10, and twins Vivienne and Knox, 8.

Angelina Jolie thought about Bertrand and her legacy. She was a strong force in Jolie’s life and the lives of her children. Jolie says she knows she would have contributed a lot to their lives. Bertrand did get to spend time with most of the older kids. She was still alive when Angelina Jolie adopted Maddox and Zahara. Jolie also gave birth to Shiloh about six months before Bertrand’s passing. She just wishes she could talk to her mom about her kids and get advice. 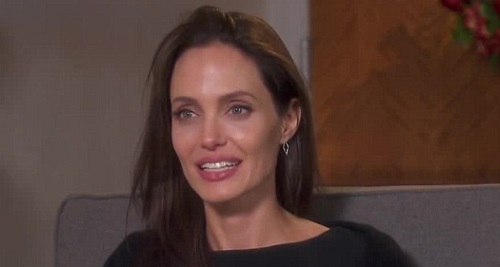 In her revealing interview, she recalls the many times her mother was there for her. Jolie finds herself talking to Bertrand in her mind often, and think about what advice she would offer. But, Jolie is happy about being a mom. She calls it “the greatest gift and responsibility.” She admits that she does everything in her to lead by example.

Angelina Jolie previously opened up about how she keeps her mother’s memory alive. Jolie decided to become the new face of Guerlain fragrance, her mother’s favorite perfume house. But, the ad campaign isn’t just about fragrance.

She’s a longtime humanitarian who’s serving as a Special Envoy for the UN Refugee Agency. She wants to make sure that her brand collaboration with Guerlain is charitable. Back in January, a Guerlain representative confirmed that Jolie would donate her entire salary from the campaign to one of her own charities.

Check back with CDL for more Angelina Jolie news and updates.

Angelina Jolie just opened up about how her mother influenced her parenting style https://t.co/X7IokR7UtU