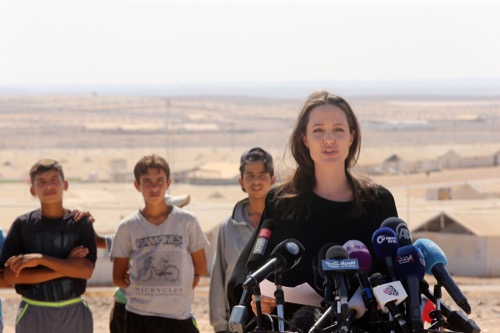 Angelina Jolie’s latest PR move isn’t surprising anyone. A lot of critics can’t help but notice that the Hollywood actress is acting like a hand-on fun mom with her six children in a carefully orchestrated move in front of the media.

Angelina was once again spotted enjoying a special moment with her children in Disneyland on Saturday, July 15. She was also spotted taking her daughter Shiloh Jolie-Pitt to Disneyland for her 11th birthday back in May, too. Angelina was all smiles, eating candy with her kids and enjoying herself at the Happiest Place on Earth.

If that weren’t enough, Angelina also looked like she was the happiest person on the planet right before she and her six kids departed for a flight from L.A. to Africa back in June, too. They left for their trip the day before Father’s Day, leaving Brad Pitt all alone back at home. But for Angelina, she looked like she didn’t care. All that mattered to her was that she and her kids were together.

Of course, a lot of Angelina’s critics can’t help but wonder if she might be doing this on purpose. After all, the actress received quite the backlash when dirty details were being leaked about her marriage and her kids’ relationship with Brad right after she filed for divorce last September. A lot of people pointed their fingers at Angelina for leaking information about Brad Pitt’s alleged alcohol and substance abuse problems and for his fight with his son Maddox Jolie-Pitt that occurred on a flight from Paris to Minneapolis. 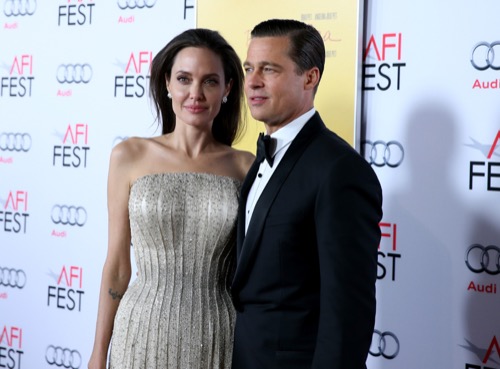 Since then, Angelina has been on damage control. She’s always conveniently spotted taking her children on fun trips to theme parks or to toy stores. She was even photographed taking her son Pax Jolie-Pitt on a special mommy and son dinner date on Mother’s Day. Clearly, Angelina wants the world to know that she has a special bond with her children. And that she’s also a hands-on, fun mom who puts her family first. Of course, all of this is happening while Brad Pitt is struggling to gain more access to their children. That’s because Angelina Jolie has full-time custody of her kids and apparently, she wans to keep it that way.

So far Angelina Jolie herself has not made any comments about her Brad Pitt divorce. In the meantime, don’t forget to check back with CDL for all the latest news and updates on Angelina Jolie and Brad Pitt right here!