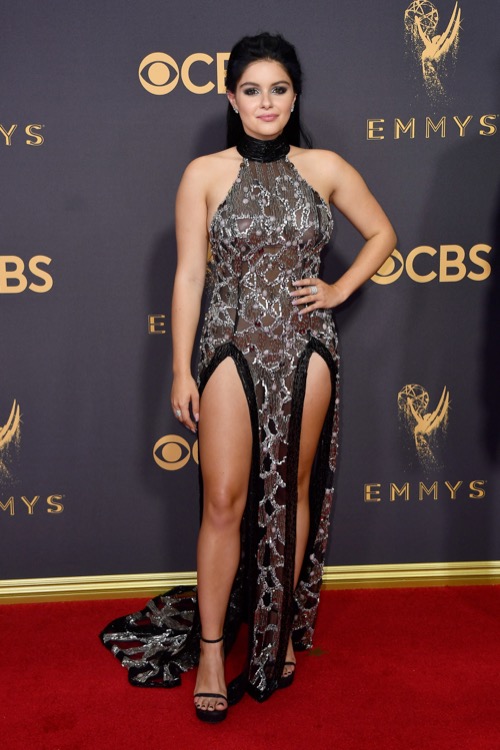 Ariel Winter wanted to look sexy for the 2017 Emmys. Little did she know, she would end up on the worst dressed list again. She wanted to dress appropriate for the awards show, which took place on Sunday night (Sept. 17). The Modern Family star even admitted that she didn’t want to bare her cleavage or her midriff this time around.

This is the eighth time that the 19-year-old has hit the red carpet at the Emmy Awards. She attended on Sunday night in celebration of her hit sitcom, Modern Family. Ariel Winter wanted to wear a head-turning dress that would get attention on the red carpet. It just got the wrong kind of attention. After she spent Emmys weekend in latex, Ariel Winter wore a black beaded gown that featured a high neckline, double slits, and a low back. It had a lot going on.

Ariel Winter spoke to People on the red carpet on Sunday night. She admitted that she opted for “something different” than her usual sexy wardrobe. Still, it showed a lot of skin. Not only did she show off her toned legs, but she also showed off her backside. Ariel Winter said she wanted to show off her legs instead of her cleavage this time around. What a difficult choice she had to make. Ariel Winter attended the event alongside her 30-year-old boyfriend Levi Meaden. 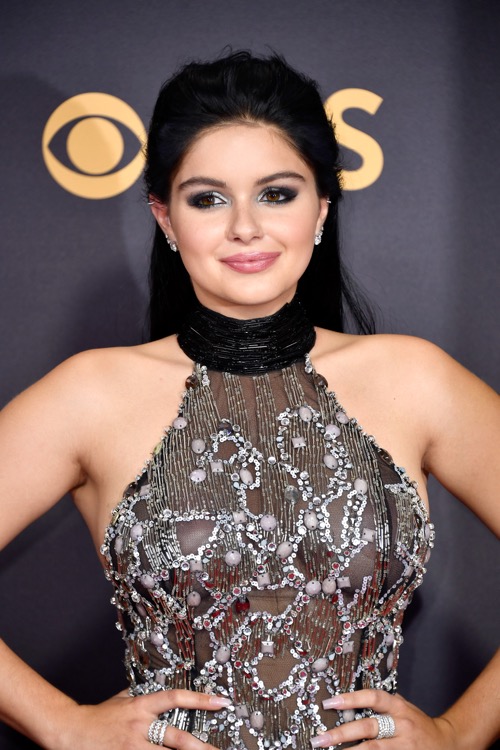 The actress ended up on many worst dressed lists on Monday, Sept. 18. She missed the mark when it came to exhibiting Hollywood glamour. Her Zuhair Murad creation did not flatter her figure. It’s bold pattern and double slits did not suit the young starlet. Ariel Winter paired her look with slicked back hair, which looked severe. This comes after the actress defended her sexy style. She told The Hollywood Reporter that she likes to use her social media platform to promote body confidence and body activism.

In her cover story, Ariel Winter remarked that she was body shamed ever since she was 11 or 12 years old. She was tired of being shamed on social media for wearing sexy clothes or showing off her skin. Ariel Winter didn’t want to cover up. She told the publication that she continues to wear sexy clothes just so she can make headlines. What are your thoughts on Ariel Winter’s look at the 2017 Emmy Awards? Do you agree that her gown wasn’t flattering? Sound off below in the comments section.