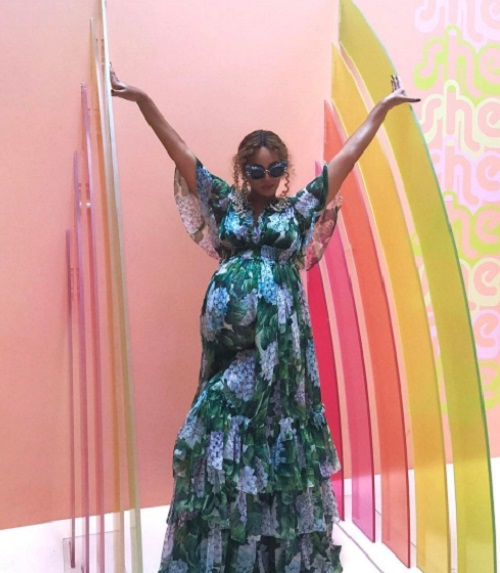 Beyoncé wants everyone to know that she’s carrying twins. She threw an elaborate “Carter Push Party” over the weekend. A push party means that the singer is close to giving birth. Fans have been impatiently waiting since Feb. 1, when Beyoncé announced she’s pregnant on Instagram.

Beyonce She is making sure that everyone knows she’s carrying her babies this time around. Beyoncé has been posting a series of photos and clips on Instagram of her ever-growing baby bump. She also looks close to giving birth, as seen in new photos from the weekend.

On Saturday, Beyoncé let her BeyHive know that her twins are coming. She shared a black-and-white photo of herself from her “Carter Push Party.” She then followed up with another photo of herself looking cray in love with Jay-Z. Both Beyoncé and Jay-Z were seen wearing Nigerian-inspired clothing. The push party was African themed. It included the likes of Tina Lawson, Serena Williams, Michelle Williams, Lala Anthony, and fellow mother Kelly Rowland. 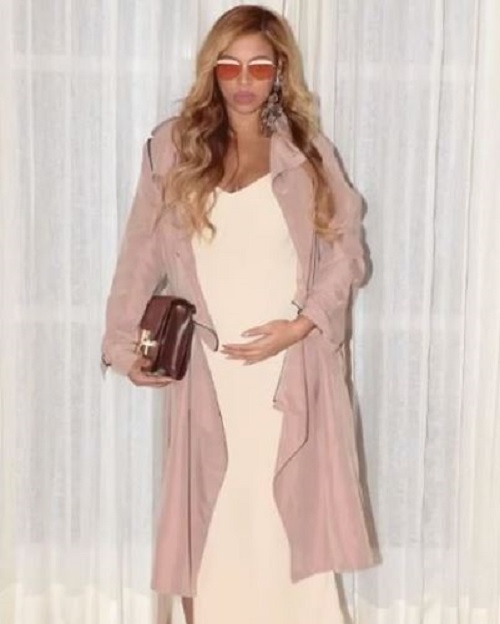 TMZ shared some other photos of Beyoncé’s baby bump at the bash. She showed off her bump when she covered it with fake tattoos. In the photos published to TMZ, Beyoncé wore nothing but a bikini top and a long maxi skirt as she showed off her huge baby bump. She was also covered in henna tattoos. She was seen talking to her daughter, Blue Ivy, outside the bash. Beyoncé’s dad Mathew Knowles said that she’s more than two weeks away, but it looks like she could give birth anytime soon.

It’s clear that the Lemonade singer wanted to prove that she’s pregnant. She did it when she made the announcement on Instagram. She also showed off her pregnant belly at the 2017 Grammys and again at the Knicks and Miami Heat game in New York.

Throughout much of her first pregnancy, Beyoncé’s fans weren’t quite sure if she was really carrying Blue Ivy. Some thought she hired a surrogate to secretly carry the baby for her. They assumed she faked her pregnancy by wearing a prosthetic baby bump. There was also that infamous interview where Beyoncé sat down and it looked like her baby bump folded over. 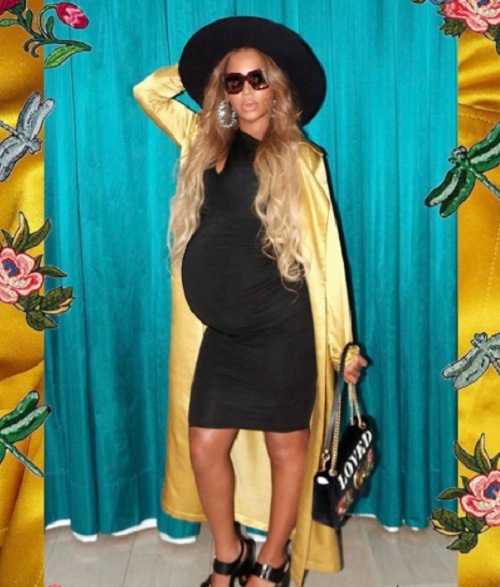 Earlier this year, she told PEOPLE that the rumors about her wearing a prosthetic belly were “hurtful.” She didn’t understand where the rumors stemmed from. But, honestly, Bey didn’t pay attention to that interview?

Bey also slammed the rumors that she and her entourage shut down a hospital in NYC while she gave birth. Beyoncé is reported to give birth in Los Angeles this time around. Here’s hoping to a happy and healthy birth.

Check back with CDL for more Beyonce pregnancy news and updates here.