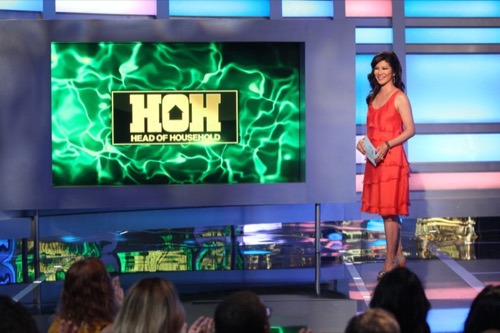 Tonight on CBS Big Brother 19 returns with an all-new Sunday, July 20, 2017, episode and we have your Big Brother 19 recap below! On tonight’s Big Brother season 19 episode 11 “Another houseguest is evicted from the compound. The remaining players compete to become the next Head of Household.”

Big Brother continues tonight after Jason chose not to use his Power of Veto (PoV) to save neither Jessica nor Dominique; certain that Dominique dug her own grave when she went on a rant about Paul being a snake and a war of words happened in the middle of the night. She also says the house guests need to be aware of Paul and Elena who stabbed her in the back.

With tensions running high, words aren’t the only thing being thrown around. Jason and Alex talk in the pantry about how Dominique sunk herself by claiming Elena and Paul are shady; Paul hisses and pretends to slither and it really irritates Dominique. Paul thanks her for solidifying why she was a threat in the house all on her own. Jessica feels Dominique blowing up has made her situation a whole lot easier and her goal now is to repair the relationships that were damaged last week.

Dominique sulks around the house feeling her entire team backstabbed her, realizing everyone in the house will do anything to win $500K; Paul continues to mock her, saying its much harder being a snake than she thought. As she walks by, she leans in and tells Alex to protect herself.

Elena talks about Dominique thinking she wasn’t there; but when Dom tells her is she wants to talk with her, she can. Elena says she is good; of course Paul jumps in the conversation and Dominique walks away. Elena feels she doesn’t need to defend herself as she never did anything wrong to her. Mark says he is in a tough situation being caught in the middle of Elena and Dominique but he feels he needs to side with Elena, Matt and Raven.

Jessica asks Raven and Elena for help, admitting that everything with Cody sucked, it was a mistake that she wished she avoided. Raven doesn’t trust Jessica at all and only tells her what she wants to hear; she knows Dominique is going home this week but Jessica is definitely on her radar. Elena advises her not to engage in anything.

In the yard, Mark challenges Josh to a game of pool and the loser has to chug the full thing of pickle juice and half the cup of hot sauce, one gulp, no nose; Josh agrees. Josh thinks its something nice to play and have fun; he tells Mark to not be so aggressive, calling him a meatball.

Josh screws up and scratched on the 8-ball; he double-hit the white ball and then tells Mark he always does this and backs out of the bet he made. Mark describes Josh as a little kid. Josh didn’t win, but he keeps running his mouth and Mark just wants things to lighten up and cools him off by throwing the cup of pickle juice and hot sauce in Josh’s face.

Paul and Matt are left with their jaws dropped. Elena agrees that Josh didn’t beat him but she doesn’t think it was a good idea to do what he did. Josh returns from the kitchen with a bottle of ketchup and mayonnaise, he dumps it all over Mark. Josh tells Mark he should have drank it instead of throwing hot sauce into Josh’s mouth and eyes. He continues to scream at Mark and Mark shouts back; everyone attempts to calm the situation and Josh calls Mark a sore loser upset that Mark is dissing his character.

Mark comes out and apologizes for hurting him with the hot sauce in the eyes. Josh says its not about hurting him, its about him disrespecting him. Josh continues whining saying they need to talk about his loyalty and word as a man; Mark walks away as Josh just keeps going. Kevin tells him to calm down and Josh tells him its game on and now its personal, so he wants them to talk open.

Mark returns and Josh tells him he has lost all respect for Mark and for him not to talk to him anymore; Mark agrees and Josh argues with him saying he was attacking him and his character. Josh angrily confronts him about the rumors that Mark was plotting against Christmas and Paul to get them out. Mark acknowledges that Cody said that to everyone.

Josh says he is solid; so Jessica asks Josh what he said in the Head of Household (HoH) room about Christmas, he tells her to remind him because he doesn’t remember. Jessica says he lied to her, and he throws his arms up saying he is a compulsive liar. Paul says Jessica is definitely not playing under the radar and her arguing makes her look shady. Dominique is happy, saying she can go ahead and put a bigger target on her back. She hopes this doesn’t blow up in her face and Josh asks Mark if he has anything to say?

Julie Chen is with the audience announcing the Den of Temptation comes to an end, but its effects could last for weeks to come. America voted and they chose to tempt Jessica with the Halting Hex.

The temptation is to halt anyone of the next four evictions, if she or any ally is in danger of going home, she has the power of stopping the live eviction by unleashing the halting hex before the live evictions begin. She may use it any time in the next 4 evictions but can only be used once. While the halting hex will change the course of her game, accepting it will change the course of the entire Big Brother game. She accepts and says the words 3 times.

All the house guests return to the living room, Jessica knows there will be a huge consequence released on the house but she doesn’t care as she doesn’t owe anybody in the house anything. They learn the temptation has been accepted and will learn more in due time. Jessica has a big decision to make and if she will use it to halt tonight’s evictions.

It is now time for the votes and live eviction; Jessica is up first to plead her case to persuade the houseguests to keep her in the house. She says hi to her mom and tells Cody its hard without him. She isn’t ready to leave and still has some game left in her.

Dominique stands and says she came into this house as a woman of integrity and she will leave this house as a woman of integrity and feels the house guests know down in their hearts she doesn’t deserve to be evicted; but says her own team betrayed her. She says if the eviction becomes a reality she wants to thank God and loves Jesus. She goes on to thank CBS and the Big Brother family for the incredible experience. She apologizes if she falsely accused any of them, she begins to preach telling viewers to stay true to who they are and stay true to their faith.

Dominique is greeted by cheers and joins Julie outside the house as the house guests watch her picture turn to grey. Dominique reveals Paul said “Philosophy outside of the house!” She thinks it means he wants to be friends outside of the house as he loves to have philosophical talks with her; but she isn’t sure she can be friends with someone who did what he did. She hopes she isn’t wrong but apologized in case she was wrong. She then goes on about how Elena was shady and how she said she didn’t want to have blood on her hands.

Julie asks if she had the chance to do it again, would she do things differently? Dom quickly says she would be quiet, and not be like herself and share everything. Julie tells her that she has good news and may have that chance to be quiet in the house and there is a twist in the game that no one in the is aware of, giving the first 4 evictees a chance to get back in the house. It is called the Battle Back Showdown. Julie is about to talk to her and the other 3 evictees, about the game and what their plans are if they make it back into the Big Brother house.

Julie sits with Cameron, Jillian, Cody and Dominique return to the stage. Cameron thought Ramses would have been out after him and Jillian was right about Cody; Cody wanted the 4th person to be anybody but Jessica. Julie tells Cody he can chat to Dominique later and reminds them about the chance to battle back into the house.

Jillian says her greatest mistake was believing someone would make sure she got the votes and then they backstabbed her. She thinks she should have taken things into her own hands more. Cody is very shocked Dom was voted out and has no idea what happened after his week as HoH. He says if it happened to Dom, then who is safe in the BB19 house.

Julie reminds the evictees about last season’s 4 who were able to battle their way back into the house but Big Brother likes to shake things up a little bit, but won’t reveal how they shook things up until its time. They are ready for whatever comes their way.

Julie Chen announces there will be a special episode of Big Brother Friday, July 21, 2017 at 8pm EST for the Battle Back Showdown. Three epic battles will determine the fate of the first 4 evicted houseguests. Who will return to the game?

On Sunday, July 23, 2017 will be the Head of Household (HoH) competition, who will rise to power and who will be nominated for eviction? On Wednesday, August 2, 2017 the Power of Veto (PoV) will be up for grabs; will the nominations change and on Thursday, August 3, 2017 we will learn whether Jessica will use the Halting Hex and we will learn what the consequence is for her taking the temptation. END