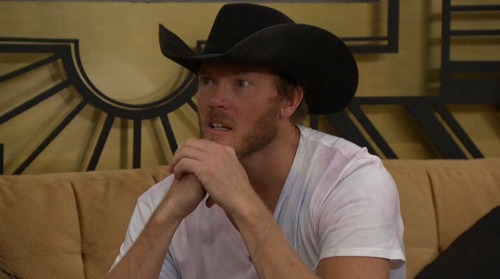 Big Brother 19 spoilers reveal that Kevin Schlehuber knows about Jason Dent’s shocking comments about his family.  And, let’s just say, Kevin isn’t happy with how Jason talked about his family and he isn’t pleased with Alex Ow’s reactions and implicit encouragement.

If you don’t remember what Jason said about Kevin’s wife, here’s a refresher.  In a particularly stressful week, Jason said he would “force” Kev’s wife to have sex with him and then make his daughters watch. It was a shocking comment, something that many BB19 fans hoped CBS would have addressed.

Kevin said that he knows about some of the “unkind” things said about his family. He added that he would have to have a “conversation” with two houseguests about their comments. He implied that he meant Jason and Alex Ow.  He said that he would love to be friends with Josh Martinez and Paul Abrahamian outside the house. 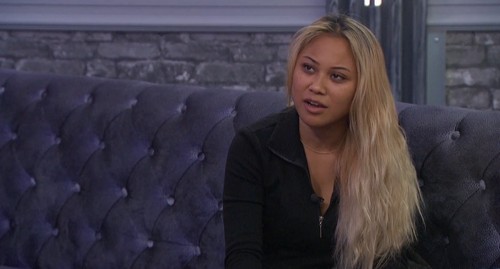 Schlehuber pointed out that the comments about his family were difficult for him to process because they didn’t seem to have anything to do with the game and were extremely personal. Kevin’s fans realized early in BB19 that his family was always on his mind. Just saying that he would hurt his wife and daughters would cause him some level of stress.

The Big Brother 19 alum did not explain if he talked with Josh or Alex about the comments yet. He just said his wife told him things that were said behind his back that he would address with the HG in the coming weeks.

When pressed about who he would keep in touch with, he never mentions Jason or Alex.  It was pretty clear that he was upset with them and needed to have a serious chat about what was said. Do you think Jason and Alex will apologize for their nasty comments about Kevin’s family?  Do you think Kevin should chalk it up to game banter?  Stick with CDL for more Big Brother 19 spoilers, news, and updates!