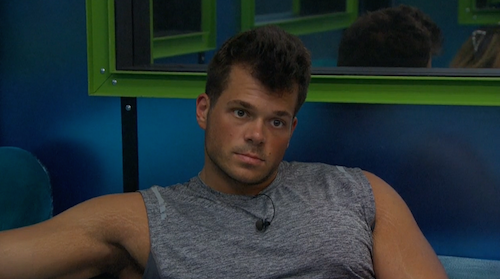 Big Brother 19 spoilers tease that Mark Jansen tries to save himself one last time before accepting him grim fate in Week 8. Mark can see that no one wants to target Paul, but he doesn’t understand why. He knows he cannot be the only person that see that Paul is a dangerous player and could win the game.

To recap Week 8 so far, Christmas Abbott won the HOH competition and nominated Matt Clines and Jason Dent. In a new temptation competition, Mark won the “save-a-friend” temptation and chose to offer Paul safety for the week. Jason won the POV and used it to save himself from the chopping block. Christmas put Mark up as the replacement nomination.

Mark decides to campaign to Alex Ow and swear that he would help her target, Paul Abrahamian, if that’s what she wanted. He offered her his loyalty and suggested that he can win Veto and HOH competitions. However, his speech worked against him because Paul and Alex are working together, plus it gave her a reason to evict him.

One of the main reasons the Big Brother house wants to get rid of Mark is his ability to win competitions. They know, when push comes to shove, Mark could win safety, and one of them would have to go home instead. 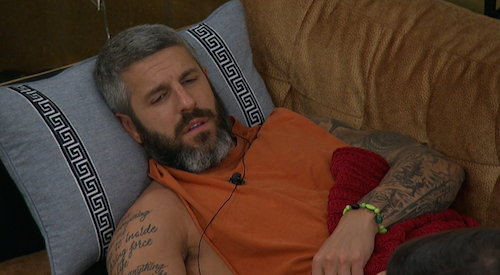 Big Brother 19 spoilers indicate that Kevin Schlehuber told Mark if he can get three other votes, he would keep them. His reasoning was he does whatever he’s told. Kevin isn’t playing to win, and he knows eventually, he will be out of the BB19 house.

Flashback to 10:30 p.m. Tuesday night, Alex revealed to Paul that Mark called him a flip-flopper. Apparently, Mark sees Paul talking to everyone and believes he is playing people against each other. Little does Mark know, he is right on the money about Paul. However, pointing that out will do nothing but put a fire under Paul to ensure that he leaves the game in Week 8’s eviction on Thursday.

So, at this point, no one wants to keep Mark. Most of the BB19 have expressed interest in making a game move and voting Matt Clines out, but no one wants to risk getting on Paul’s bad side. It seems pretty clear that unless something changes soon, Paul will cruise to the final two.

Do you think Mark has any chance of flipping the house to evict Matt instead of him on Thursday? Stick with CDL for more Big Brother 19 spoilers, news, and live feed updates!