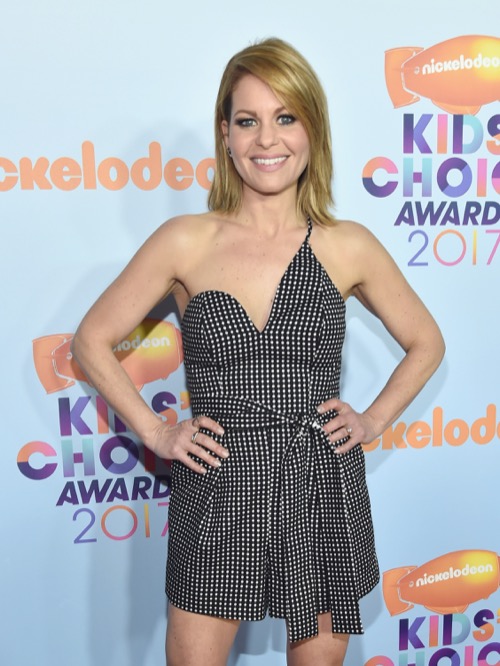 Candace Cameron Bure has been getting racy lately. The actress often appears in wholesome movies on The Hallmark Channel. She doesn’t seem to mind some of the racy scenes and dirty jokes on the Netflix series Fuller House. Candace Cameron Bure has been showing off her sexier style lately. Though she’s feeling a little flirty, there’s one thing that her husband doesn’t like about her acting career.

Candace Cameron Bure and four of her Fuller House cast made an appearance on Good Morning American on Monday, Sept. 18, reports the Daily Mail. The 41-year-old star was joined by Andrea Barber, Bob Saget, Dave Coulier, and Jodi Sweetin. They talked about the third season of the revamped show, which debuts on Sept. 22.

The actress wore a racy ensemble during their appearance. According to the Daily Mail, Candace Cameron Bure showed off her bra underneath a burgundy colored lace turtleneck. She paired her look with a tan suede trench coat tied around her waist and black over-the-knee suede boots. The often-conservative actress has been slammed for wearing racier clothing on and off the series. 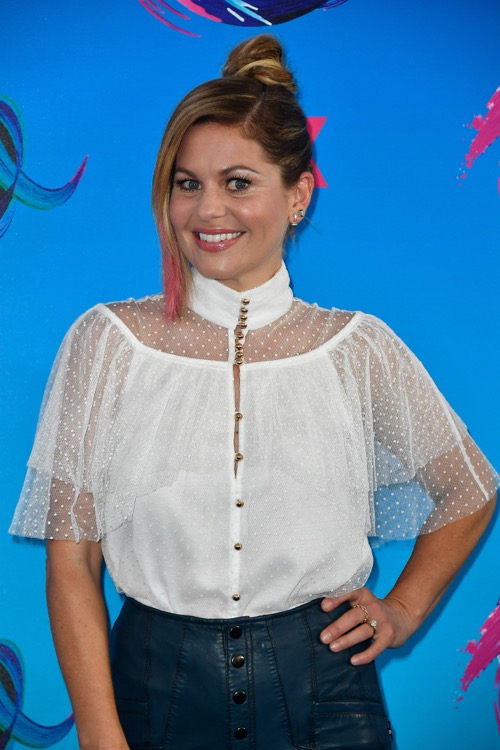 Candace Cameron Bure’s husband, Valerie Bure, is not fond of her career. He’s just as conservative as she is. He’s told her that he doesn’t enjoy watching her kiss other men on television. It’s the reason why he won’t watch Fuller House. Candace Cameron Bure plays D.J. Tanner, who’s in the middle of a love triangle. The actress attended a Fuller House panel at The Paley Center in Beverly Hills on Saturday, Sept. 9.

She told Us Weekly that she hates kissing scenes because her husband doesn’t approve of them. She wishes that D.J. Tanner wasn’t romantically involved with anyone. Candace Cameron Bure exclaimed that she’s “kind of over it in the sense that I don’t like that I keep kissing two different men!” She’s a one guy kind of girl, but understands that it’s part of her job.

Candace Cameron Bure was talking about her love triangle with Scott Weinger (Steve) and John Brotherton (Matt). She even doesn’t enjoy kissing men in the romantic movies that are on The Hallmark Channel. She remarked that she is “getting more uncomfortable with it the older I’m getting. I’m like, ‘I don’t’ want to keep doing this!'”

Her husband doesn’t watch any of her TV projects. He only visited her a couple of times watching she filmed the upcoming season of Fuller House. Candace Cameron Bure explained that her husband isn’t comfortable with watching her kiss other men. It could be the reason why she’s against it as well. She molded herself after her husband. She has expressed that she likes to please him in and out of the bedroom.

Candace Cameron Bure met her husband through her Full House costar Dave Coulier. They got married in June 1996. Season 3 of Fuller House premieres on Friday, Sept. 22 on Netflix.