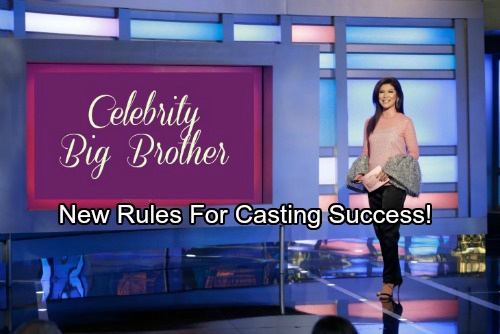 Celebrity Big Brother US spoilers, speculations and rumors have been swirling. There are a lot of fans talking about houseguest predictions and their dream cast. The BB franchise has been around forever. Despite our excitement, we want to make it clear what rules should be followed. Here is what we do and don’t want when it comes to CBBUS casting.

Over the years, familiar faces, former houseguests and alums from the spinoffs have appeared. This will be the first season of CBBUS and we want it to be a success. No matter how much we love (or hate) an alum anywhere across the BB universe, we don’t want them to be part of this cast. They already had a chance. Now it’s time for someone new to be given an opportunity.

In the past, some American celebrities flew to the UK to compete. It wasn’t a big deal because we didn’t have celebrity version. Well, now we do so it would probably be best to keep the CBBUS cast picks to this country. Besides, we are confident that eventually, there will be a BB International. Until then, don’t jump borders when you don’t have to.

Expand the Definition of Celebrity

Celebrity Big Brother US spoilers have already teased a little bit of diversity. However, we are concerned that casting will be mostly reality TV stars. There are a lot of people who are considered celebs who have nothing to do with the entertainment business. Let’s see a mixture of people from all fields, not just actors, TV personalities, athletes or musicians.

Celebrity Big Brother US spoilers include stars who are already obsessed with the show. We love that and think some of those stars should definitely be considered. However, don’t count out those who have never seen it, either. It would be interesting, especially since newbies wouldn’t know what to expect.

We know what you are thinking – unknowledgeable, unprepared and would probably have no strategy in mind. Many would assume they would be the first ones evicted. Don’t jump to conclusions. Sometimes, fresh eyes and untainted souls can yield some interesting results.

What rules would you like CBBUS to follow when making their casting decisions? Share your thoughts and check back with CDL for the latest Celebrity Big Brother US spoilers, updates and news.