Chris Hemsworth and Elsa Pataky Marriage On the Rocks: Chris Has Crush on Charlize Theron 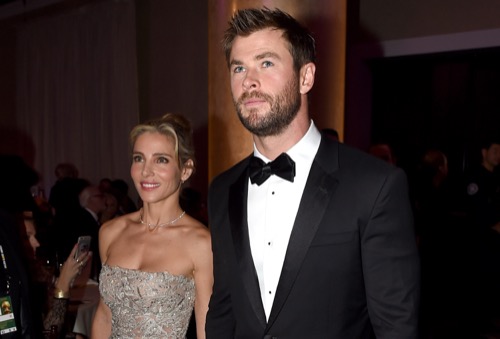 Chris Hemsworth and Elsa Pataky’s marriage is experiencing some tension, according to Australian magazine NW. According to the publication, Chris Hemsworth has been gushing just a little too much about his former co-star, Charlize Theron, and that is not sitting well with his wife, Elsa Pataky.

Although Chris Hemsworth is supposed to be promoting his upcoming film, Thor: Ragnarok, he can’t stop bragging about how great he thinks Charlize Theron is. In fact, Chris thinks the next James Bond should be a woman, and it should be Charlize Theron, and he wants the two of them to do the movie together. Chris and Charlize starred in 2012’s box office hit, Snow White and the Huntsman and again in last year’s sequel, The Huntsman: Winter’s War.

Recently Chris gushed about Charlize and his desire for her to take over the role of James Bond by saying, “She embodies every sort of ounce of strengeth and nobility ad dignity and integrity that the character should have. Watching her in those fight scenes, (during The Huntsman movies) doing it in high heels, by the way and in an eight foot long gown was even more impressive.” He also went on to describe how smart he thinks Charlize is. 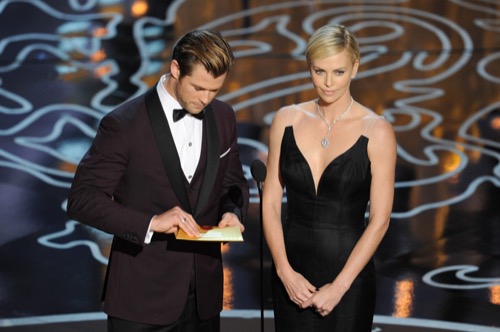 Now Chris’ wife, Elsa Pataky is starting to get a little uncomfortable about her husband constantly bragging about Charlize Theron, and it is starting to create some tension in their marriage. A source close to Chris Hemsworth and Elsa Pataky told the publication, “If Chris is smart, he’ll stop talking Charlize up in public.”

Complimenting Charlize while they are promoting a film together is one thing, and Elsa would understand if Chris commented on Charlize during film promotion, but Elsa finds it odd that Chris will just randomly bring up Charlize in interviews and compliment her. The source went on to describe Elsa’s feelings by saying, “A part of her does find it upsetting for Chris to be talking about Charlize so publicly when they’re not even promoting a film together. It’s more than a little disrespectful.”

Fans of Chris Hemsworth and Elsa Pataky know that this isn’t the first time the couple has faced tension in their marriage. A few months ago photos surfaced of the couple having an intense argument while on vacation and there have been rumors in the past that the couple was on the verge of splitting. Chris and Elsa married in 2010, after only a few months of dating, and share three children, daughter India Rose, and twin sons, Tristan and Sasha.