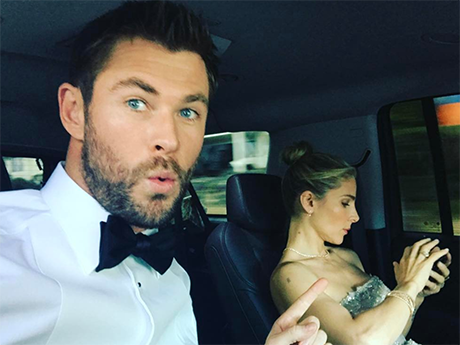 Is Chris Hemsworth embarrassed by his wife Elsa Pataky’s latest gaffe? That’s what fans can’t help but wonder as Elsa accidentally revealed that the couple were escorted by the police while on their way to the Golden Globes this past weekend. Some believe that this is yet another example of how Elsa desperately wants to be treated as an Hollywood A-list star.

The actress shared a clip of the couple on their way to the Golden Globes last weekend. They drove in a limo with what appeared to be a police motorcycle right in front of them. A lot of fans were disgusted with the video and thought it was pathetic for Elsa to even post it on social media.

Why would Chris Hemsworth and Elsa Pataky need a police escort to the Golden Globes? Sure, Chris is a household name thanks to his role in ‘Thor’ and other titles, but that’s not the case with Elsa. In fact, the only role she is known for is Elena Neves in ‘The Fast and Furious” franchise. That’s why so many critics can’t help but wonder why Elsa would make such a big deal of her police escort to the Golden Globes.

Several months ago, Chris was forced to deny divorce rumors on his Instagram account. Reports indicated that the couple was looking to separate because they need their space from one another. Chris took to his Instagram account to defend his marriage. He shared a photo of the couple lounging on a boat, dismissing the divorce rumors while asking Elsa, “Do you still love me, honey?” 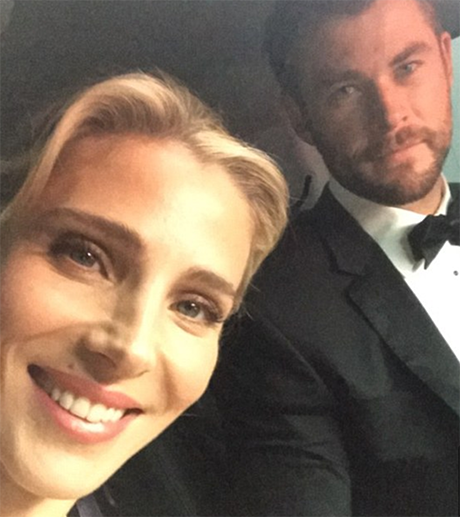 No one knows what is really going on between Chris Hemsworth and Elsa Pataky behind closed doors. But what a lot of fans do know is that Elsa is always posting photos about how happy she is in her marriage and family life with Chris. In fact, some even believe that Elsa is desperately trying to make them into an A-list Hollywood pair.

What do you think? Is Chris Hemsworth embarrassed of Elsa Pataky and her fame-hungry ways? Let us know what you think by leaving us a line in our comments section below. Was it necessary for the couple to have the police escort them to the Golden Globes? Also, don’t forget to check back with CDL for all the latest news and updates on Chris Hemsworth and Elsa Pataky right here!