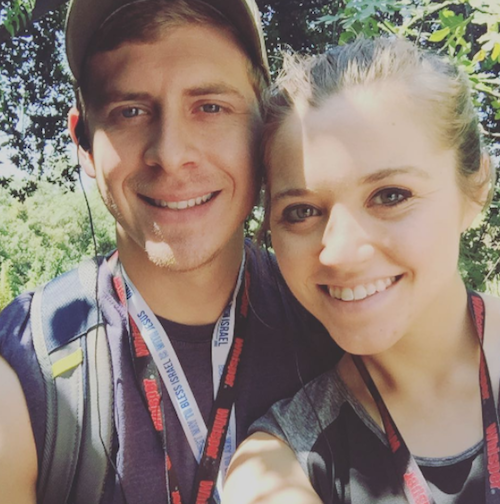 The couple got married after their three-month engagement on May 26, 2017. They had their wedding at Cross Church in Rogers, Arkansas. Joy-Anna Duggar and Austin Forsyth’s registry on The Knot had a scheduled ceremony for Oct. 28, 2017. It looks like the couple was in a hurry to get married. But why? Many believe it’s because Joy-Anna Duggar got pregnant before they got married, reports Celebrity Insider.

Some speculated that Joy-Anna Duggar’s baby bump is too big for her to be only three months pregnant. Even Dr. Stuart Fischer, who is not Joy-Anna Duggar-Forsyth’s doctor and has not treated her, believes she looks to be about “four to five months pregnant.” The couple has been quite rebellious on the show, Counting On. They were seen hugging and holding hands on different episodes. Joy-Anna Duggar even showed off her relationship in front of her strict parents. The hand holding happened long before the couple was engaged and the hug came after their marriage proposal. Joy-Anna Duggar and Austin Forsyth seem a lot more flirtatious than the other couples on the show. 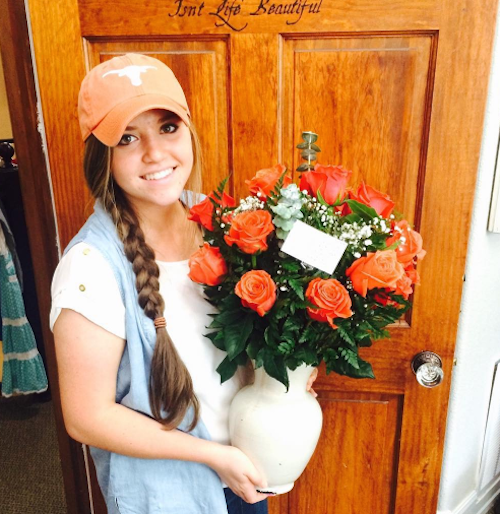 Fans of both Counting On and 19 Kids & Counting know that no hand touching or full-frontal hugging is allowed until a couple is engaged. The couple also must wait to kiss on the lips on their wedding day. Side hugs are the only acceptable form of affection. These strict rules to courting are a result from the extremely religious and conservative beliefs that the Duggar clan hold.

Having a child out of wedlock would be quite the scandal for a Duggar child. No one will know for sure until Joy-Anna Duggar and Austin Forsyth’s child is born next year. It’s hard to know exactly when their child was conceived. That won’t mean the rumors and speculation will die down anytime soon. What are your thoughts, CDL readers? Do you think Joy-Anna Duggar and Austin Forsyth had their child out of wedlock? What are your thoughts on the touchy-feely couple? Sound off below in the comments section.