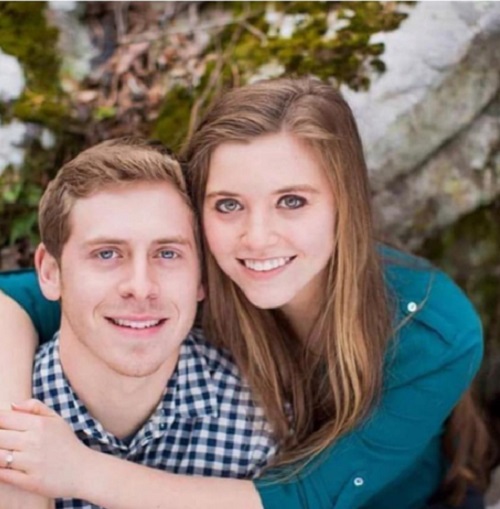 Joy-Anna Duggar has come under fire from fans who are outraged at the reality star for a recent photo she posted of herself and her new husband, Austin Forsyth. Now fans have taken to social media to express their disgust at Joy-Anna Duggar because many felt the picture was too “racy” to be made public.

The controversy started when Joy-Anna Duggar posted a picture on social media of herself sitting on the lap of her new husband, Austin Forsyth. Many fans of the show, “Counting On” are deeply religious, much like the Duggar family, and believe the young couple should not show public displays of affection. Joy-Anna Duggar received swift backlash from viewers of the reality show, who took to their social media or left messages on the Duggar fan site voicing their displeasure at her so-called risque behavior, with some even calling the picture obscene.

This is the second time in just a few weeks that Joy-Anna Duggar has faced the ire of her fans. She previously upset her family and fans when she admitted that after she and future husband, Austin Forsythe got engaged, the couple hugged, which is against the rules of her family. The Duggars believe that a couple should only hug briefly from the side, and frontal hugs should be forbidden until after marriage. 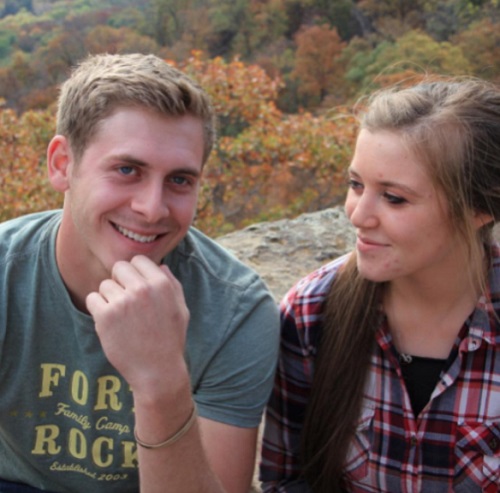 However, Joy-Anna isn’t the only Duggar daughter that fans are upset with. Jinger Duggar has also received backlash from fans of the show. Since her marriage to Jeremy Vuolo, Jinger Duggar has been seen wearing pants, shorts, high heels, and sleeveless dresses.

This may not seem like a big deal to most people, but these types of clothing go against the strict dress code of the Duggar family, which forbids the women from wearing sleeveless tops, high heels, and only allows long dresses and skirts, . Jinger Duggar’s husband, Jeremy Vuolo has upset his wife’s reality star family by supporting Jinger’s new wardrobe and has voiced his opinion that a woman should be allowed to wear these articles of clothing, as long as she is still dressed “modestly”.

Some viewers are questioning why the Duggar daughters seem to turn their backs on their strict religious upbringing once they get married, while some are threatening to boycott “Counting On” if the Duggar daughters continue to make decisions that go against the strict rules taught to them by their parents, Jim Bob and Michelle Duggar.

Check back with CDL for more Duggar Family news and updates here.