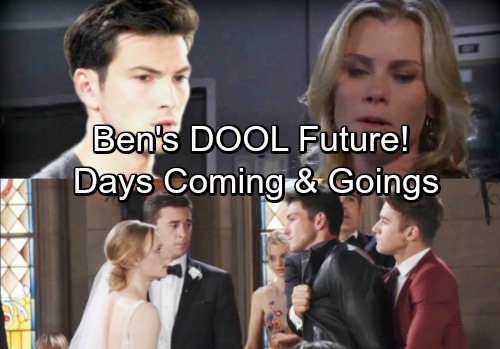 Days of Our Lives (DOOL) spoilers for the week of October 2-6 tease that some familiar baddies will be front and center this week. The latest comings and goings news reveals that James Read is returning as Clyde. He’ll pop up in some newly created flashbacks, so he must be a crucial part of a fun storyline.

Ben’s (Robert Scott Wilson) return stint will also continue this week. That’s where the fake flashbacks come into play. Days of Our Lives spoilers state that Ben will make a startling announcement at St. Luke’s. Just before he’s dragged away, Ben will declare that Will (Chandler Massey) is still alive.

DOOL will fill us in on how Will survived Ben’s wrath. We’ll see Chandler Massey’s reshot murder sequence, so it should be interesting to see his spin on those brutal scenes. As for Clyde’s part in all this, perhaps Days will take us back to the day Ben told his father he was the necktie killer. 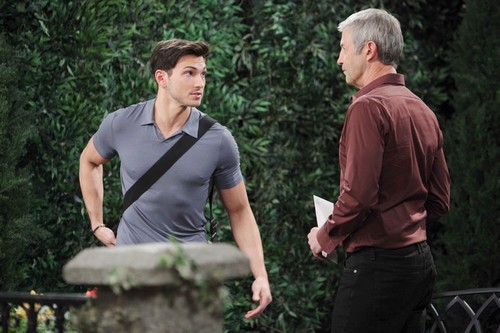 However, they’ll undoubtedly discuss details we didn’t hear the last time around. Ben may tell Clyde about something strange that happened to Will. Days buzz suggests Stefano (Joseph Mascolo) may have been involved in bringing Will back from the dead. This craziness sounds right up Stefano’s alley, but we’ll just have to see how things play out.

If you’re worried about the poor nurse Ben decked at the sanitarium, we’re happy to report that Veronica’s going to be just fine! Zabeth Russell reprised her role as the Bayview staff member to take a chart to the face. There’s no word yet on if we’ll see Veronica again, but she was certainly a hoot.

Brian Maierhofer just wrapped up his brief stint as Gil this week. This stripper was a face from Paul’s (Christopher Sean) past, but Sonny’s (Freddie Smith) fiancé managed to stay loyal. Gil won’t be returning anytime soon, but you never know what the future will bring.

After all, more Days of Our Lives weddings are always in the works. Gil might be needed at another bachelor or bachelorette party one day. We’ll give you updates as on DOOL’s hot casting news, so check back often. Stick with the NBC soap and don’t forget to stop by CDL for the latest Days of Our Lives spoilers, updates and news.