Days of Our Lives Spoilers: Eric Saves the Day, Sweet Strategy Helps Will Forgive – Sami Finally Bonds with Her Son 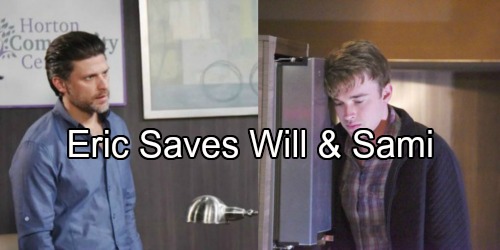 Days of Our Lives (DOOL) spoilers tease that Will’s (Chandler Massey) anger will run deep. After Sami’s (Alison Sweeney) crazy stunt, it’ll be tough to forgive her. Will has no memories of his mother at all. He just knows Sami as this overbearing nut job who caused Susan’s (Eileen Davidson) breakdown and arranged his fake strangling.

Will’s been hearing some terrible details about Sami’s history, too. Kate (Lauren Koslow) revealed that Sami lied about Will’s paternity, so he’s not really finding a lot of redeeming qualities. In Will’s defense, there aren’t many to find! Sami’s certainly a little rough around the edges. She can be a bit selfish at times, but she truly cares about her kids. That’s one thing she’s got going for her.

Days of Our Lives spoilers say Sami will lean on Eric (Greg Vaughan) next week. He’ll sense that his sister’s upset, so he’ll wonder how he can help. DOOL fans know that Eric tends to see the good in people. He understands how difficult this ordeal has been on Sami. She thought she sas getting her son back, but his missing memories have made it impossible to connect with Will. 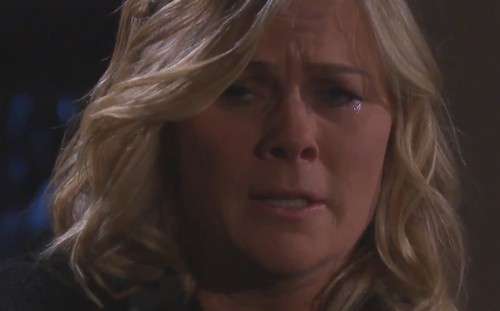 Sami may not see the point in trying anymore, but Eric won’t let her give up. He’ll decide to speak with Will and hopefully change his mind about Sami. Days spoilers reveal that Will and Eric will have a heartfelt chat. Since Will can’t remember his past, Eric will decide to show him some of it. He’ll pull out a photo album and help Will grasp how much his mom adores him.

Days of Our Lives spoilers say Eric will make a passionate plea. He’ll urge Will to at least think about giving Sami a chance. Eric will believe a clean slate might be in Will’s best interest. If Will wants to recall his life, he shouldn’t shut out the people who care about him. Spending time with them might be the only way to recapture what he’s lost.

Once Will mulls it over, he’ll realize Eric’s right. During the week of December 11-15, Sami will get an early Christmas present. Days spoilers state that Will will reach out to Sami and try to make amends. It looks like he’ll still suffer from memory problems, but there’ll be opportunities for other holiday miracles later.

Are you glad Will and Sami are going to patch things up? When will something finally click for Will? What’s it going to take for Will to remember his past? We’ll give you updates as other DOOL news comes in. Stick with the NBC soap and don’t forget to check CDL often for the latest Days of Our Lives spoilers, updates and news.