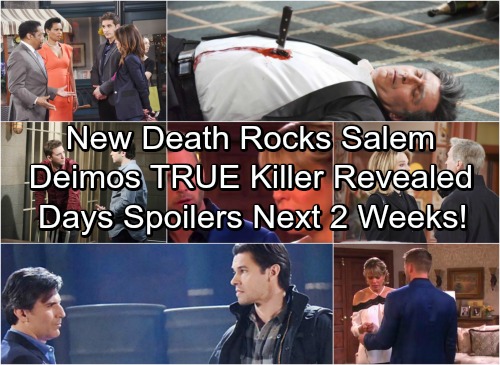 Days of Our Lives (DOOL) spoilers tease that the next two weeks will lead to chaos for many Salemites. The week of August 14-18 will kick things off with some startling revelations. First, there’ll be developments in the murder mystery. Suspects are popping up all over the place, but no one can be sure of the truth.

Nevertheless, that won’t stop the partygoers from speculating. Brady (Eric Martsolf) will point the finger at Eric (Greg Vaughan) this week, but Nicole (Arianne Zucker) will consider herself as the potential murderer. Sonny’s (Freddie Smith) memory could lead him to a shocking conclusion as well. 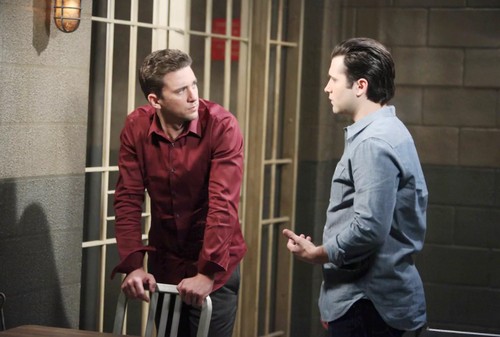 Elsewhere, Lani (Sal Stowers) will fill JJ (Casey Moss) in on the issues she’s been having with Commissioner Raines (Aaron D. Spears). Days spoilers say JJ will be upset over what he hears. He’ll confront Raines and insist that Lani deserves a little respect. She works hard and is one of the Salem PD’s finest detectives.

It looks like Abe (James Reynolds) might win the award for most devastating blow this week. Days of Our Lives spoilers state that new evidence will emerge in the case against Dario (Jordi Vilasuso). Abe will be charged for his part in the counterfeit money ring, but is he truly guilty? 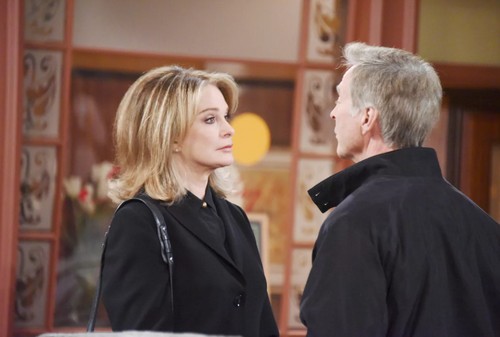 Other DOOL spoilers say Bonnie (Judi Evans) will have some regrets. She can tell that Lucas (Bryan Dattilo) is a great guy and she hated to break his heart. Once Bonnie sees how much Lucas is suffering, it’ll add to her remorse.

Bonnie will eventually decide that she’s developing real feelings for Lucas. The week of August 21-25 will bring these them closer. Days of Our Lives spoilers hint that Lucas and Bonnie will enjoy a steamy sex session. Meanwhile, Marlena (Deidre Hall) will continue to fret at the psychiatric facility. She’ll wonder if she’s going to be trapped forever, but her knight in shining armor is coming soon. 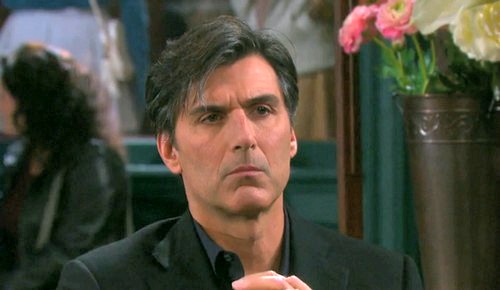 Days spoilers say John will keep tabs on Hattie (Deidre Hall). He may or may not know “Marlena’s” true identity at that point. Regardless, John will be on a quest for answers. He’ll follow Hattie around in hopes of finding out what she’s up to. John won’t stop until he discovers the truth.

Finally, Deimos’ (Vincent Irizarry) true killer will supposedly be revealed. However, it seems there’s more to this story. When another death rocks Salem on August 25, it could create additional questions. We’ll give you updates as other DOOL news comes in on this shocking death. Stay tuned to the NBC soap and don’t forget to check CDL often for the latest Days of Our Lives spoilers, updates and news.  Sign up for our FREE newsletter by clicking here and get the latest breaking soap news!