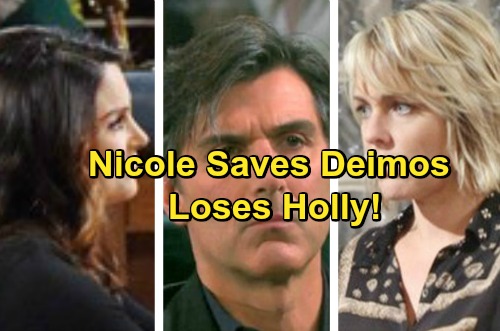 Days of Our Lives (DOOL) spoilers tease that Brady (Eric Martsolf) will pry the truth out of Chloe (Nadia Bjorlin). He’ll get confirmation that Chloe has been keeping Holly’s parentage a secret. Brady understands why Chloe is afraid of Deimos (Vincent Irizarry), but he’ll still think she needs to tell Nicole (Arianne Zucker) immediately.

Meanwhile, a hitman will be lurking in Salem. He’ll be on a mission to kill Deimos, but Nicole will manage to fight him off. Unfortunately, the cops won’t see things from Nicole’s perspective. Surprise, surprise! The Salem PD is going to botch another case.

Days of Our Lives spoilers reveal that Nicole will be arrested and charged with attempted murder. Once Nicole is locked up, Chloe will pop in with stunning news. She’ll admit that she secretly took one more shot at a surrogacy. The doctor told Chloe that she wasn’t pregnant, but Holly came along anyway. 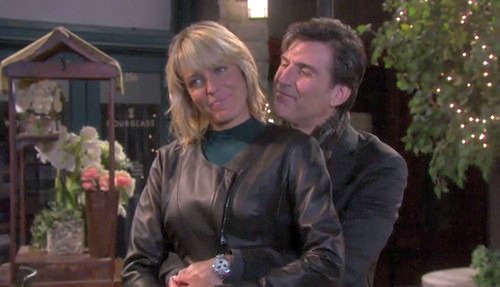 Nicole will be crushed when she realizes her best friend has been lying to her. Chloe knew how much Nicole wanted to be a mom. She had no right to keep her in the dark. Days spoilers state that Nicole will demand her daughter, but her predicament will obviously be a roadblock.

Chloe will contend that Nicole shouldn’t raise this child. Deimos and his aggressive tactics were bad enough. Now Nicole could be looking at jail time thanks to her fiancé’s violent world. Chloe will insist that Holly shouldn’t be a part of the brutality and shadiness. 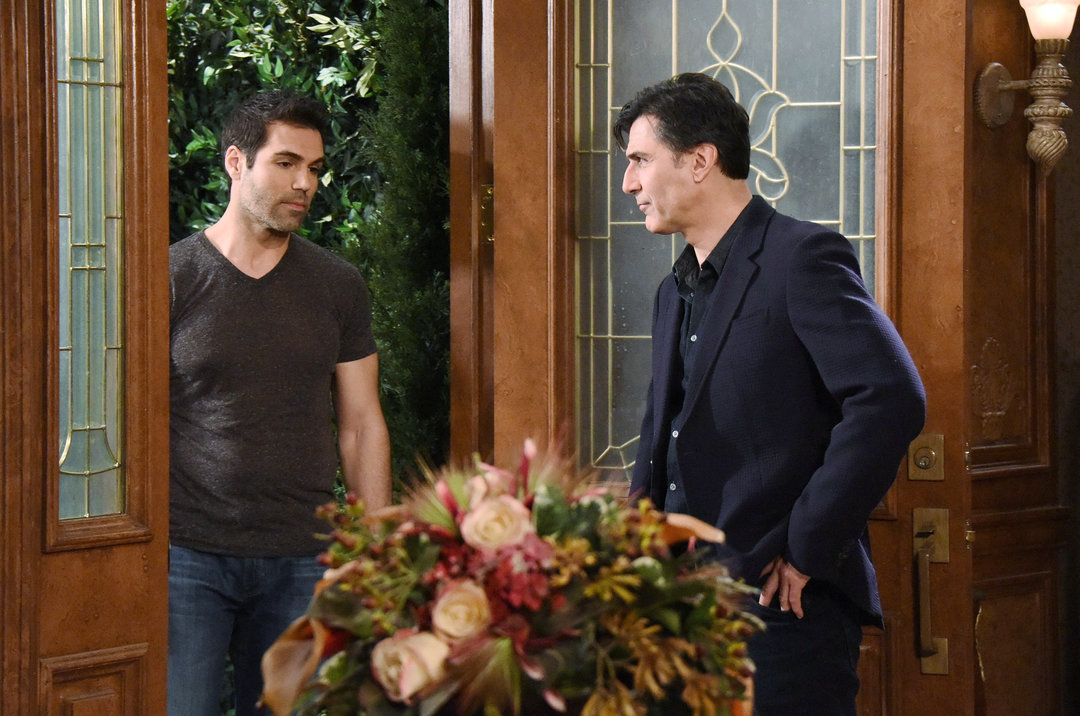 Since Belle (Martha Madison) will be back on DOOL briefly, Chloe will seek her services as a lawyer. She plans on filing for custody of Holly. Days spoilers say Nicole will get out on bail eventually, but motherhood could remain out of reach for now.

Days of Our Lives spoilers indicate that Brady and Deimos will want to assist Nicole in any way they can. Brady will be especially concerned about what Nicole might do. She once resorted to kidnapping in an effort to be a mom. Brady knows Nicole could make all of this even worse if she disobeys the law.

Nicole will try to reason with Chloe before she does anything foolish. She’ll pour out her heart and hope that Chloe will change her mind about keeping Holly. Will these two be able to work something out? We’ll give you updates as other details emerge. Stay tuned to DOOL and don’t forget to check CDL often for the latest Days of Our Lives spoilers, updates and news.  Come and join in the LIVE discussion on our Facebook Page.