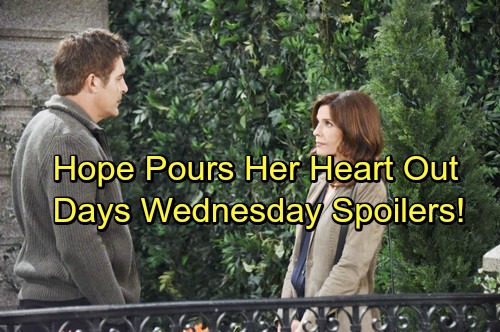 Days of Our Lives (DOOL) spoilers for Wednesday, December 6, tease that Rafe (Galen Gering) will try to dodge Hope’s (Kristian Alfonso) questions. She’s curious about where he’s been, but the truth is something Rafe just can’t give her. He’ll probably tell a fib or two and shift the topic to what’s on Hope’s mind.

Rafe will listen as Hope pours her heart out. She’ll insist that she loves Rafe and she wants to marry him. Days spoilers say Hope will hope to put their brief breakup behind them and move on. Rafe will undoubtedly go for that idea, but his secret will weigh on him. He’ll feel terrible about hiding his hookup with Sami (Alison Sweeney).

While Rafe battles regrets, Sonny (Freddie Smith) will make an important choice. DOOL fans know that a major love triangle is going on. Sonny has feelings for both Will (Chandler Massey) and Paul (Christopher Sean), but he can only be with one of them.

Days of Our Lives spoilers state that Sonny will finally make his decision on Wednesday. When he thinks about the person he wants to spend the rest of his life with, Sonny will envision Will. He’ll believe it’s time to let Paul down gently and get his old romance on track again. 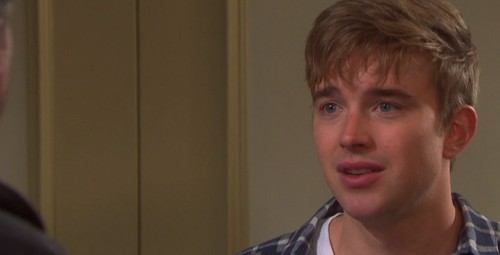 Of course, Will has a different plan at the moment. Now that he knows he cheated with Paul, Will’s not so thrilled about reclaiming his identity. To him, Will doesn’t seem like that great of a guy. Since Will’s marriage was a mess, he won’t be in any hurry to put it back together.

In fact, Will will choose to focus on Paul. He’ll do a bit of flirting and hope that get can capture Paul’s interest. Days of Our Lives spoilers suggest that Paul will be caught off guard. He’ll try to resist Will’s advances, but that won’t stop the kiss that’s coming up. 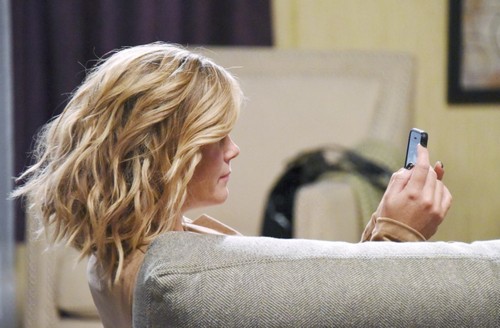 In Sami’s (Alison Sweeney) hotel room, she’ll rip into Belle (Martha Madison). Sami is obviously holding a grudge over something, so maybe this is about Belle’s decision to give back the DiMeras’ money. Once Sami finds out what Belle spilled to Will, it should add to the conflict.

It sounds like some tense scenes are on the way. We’ll give you updates as other Days news emerges. Stay tuned to DOOL and don’t forget to check CDL often for the latest Days of Our Lives spoilers, updates and news.