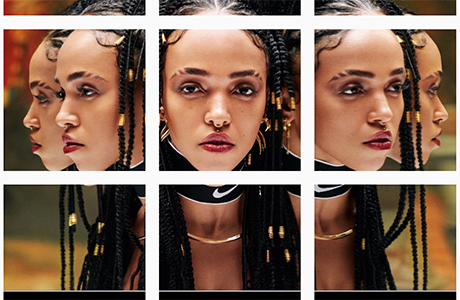 Is FKA Twigs following Kristen Stewart’s footsteps? That’s what fans can’t help but wonder as Robert Pattinson’s girlfriend is apparently a director now. FKA has just released a new Nike-inspired music video for her new song, ‘Trust In Me.’ The song is inspired by Nike’s new collaboration with Twigs called, ‘Do You Believe In More?’

Reports indicate that Twigs is the new Creative Director of NikeWomen’s Spring Zonal Strength Tights campaign. This comes right after news that Robert’s ex-girlfriend Kristen will be premiering her own directorial debut with her film, “Come Swim” at the Sundance Film Festival. 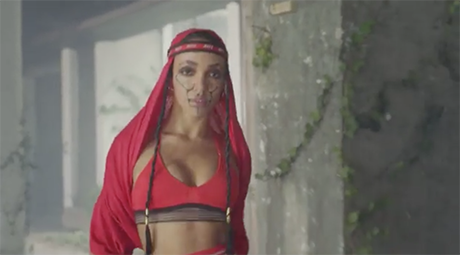 A lot of fans were surprised that Nike tapped FKA Twigs for its newest campaign. And it doesn’t look like a lot of critics are impressed with the bizarre video, either. The singer apparently came up with the concept, directed, and co-created the project, called ‘Do You Believe In More?’

If that weren’t enough, she also created the soundtrack. With the help of a dozen athletes, including krump dancer Saskia Horton and karate world champion Jay Kirton, the campaign wants to help defy athlete stereotypes. Twigs herself even said in a statement about the clip, “We’ve worked hard to perfect our crafts and create our own destinies, and we’re feeling good in our bodies.”

FKA Twigs also makes a cameo in the campaign with a rather eccentric choreographed dance. So far, critics have said that the campaign is definitely different, if not also strange. Of course, many fans can’t help but notice that FKA’s directorial debut only a week before Kristen Stewart is scheduled to show her film at the Sundance Film Festival.

Robert Pattinson has not made any comments about the video. Is he proud of his girlfriend’s work? Or does the bizarre clip embarrass him? That’s what fans want to know. 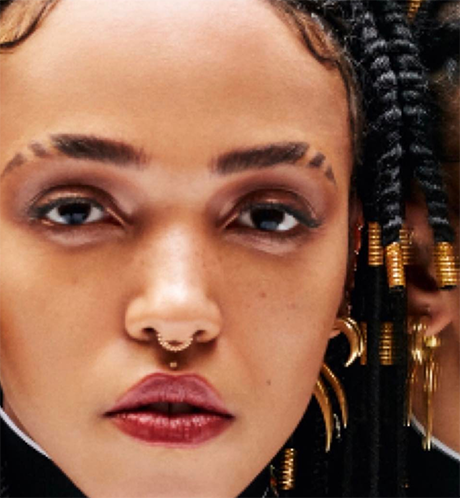 Let us know what you think of FKA Twig’s video by leaving us a comment below. Also, don’t forget to check back with CDL for all the latest news and updates on FKA Twigs and Robert Pattinson right here.

we have entered a new era, a time when personal knowledge and a capacity to feel is everywhere. a generation cast in indigo – a community in tune with their spirit, their creativity and the power to move forward. once realized, they are an inspiration to all that enter their universe. this takes endurance. this takes determination. this takes overcoming the voices that try to convince them that their differences stand in the way of their dreams. it’s time we help each other uncover the potential we all have within – to put who we are into motion. we have the opportunity to focus the worlds attention back onto the things that really matter. talent, skill, practice and unique ability. to marry an athletic and spiritual ethos. dance choreographed by @iam_bstrong and @tovariswilson, working with you both on this project was a dream x