Game Of Thrones Season 7 Finale Spoilers – Will The Night King And Viserion Break The Wall? 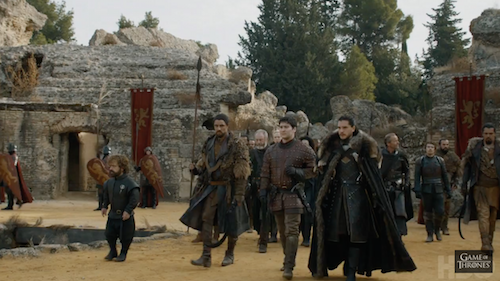 For six seasons of HBO’s Game of Thrones, we’ve seen the White Walkers and the Night King seemingly go in circles. We first saw them at the beginning of the first season, and then again over the seasons – at Craster’s Keep, at Hardhome, close to the wall, further from the wall, very far from the wall, and now near Eastwatch by the Sea. What exactly were they waiting for, and will we find out in the Season 7 finale? Those who watched the penultimate episode of Game of Thrones Season 7, ‘Beyond the Wall’, may finally have that answer.

We’ve known that the Night King and his army of White Walkers and Wights couldn’t cross the Wall because it was protected by ancient magic that kept the undead out; this is also why Uncle Benjen could never cross back over the wall, because while he wasn’t fully a white walker or wight, he was still partially undead (even though the Children managed to halt the transformation into full ice zombie).

It might explain why the White Walkers never launched a full scale attack on the Wall, and why we spent so much time north of the Wall with the Wildlings without having frequent (and massive) battles with the Walkers. However, it seems like our heroes’ interactions with the Walkers have become more frequent over the last few seasons, and that the Night King has become more brazen in his attack. Is it because he knew his time would finally come?

There are several theories floating around about how the White Walkers could finally cross the wall, but there’s no chance that the undead Viserion won’t play a role in it – especially when we’re at the Season 7 finale, and seven episodes from the end of the show. 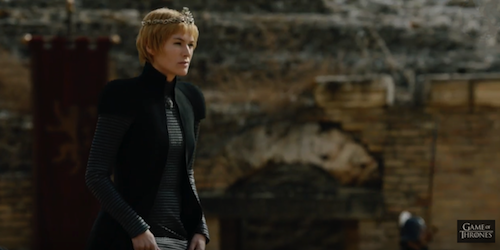 For those of you who watched the most recent episode, you likely looked on with horror as the Night King shot an ice spear at Viserion, and as Viserion plummeted to his death in the icy frozen lake. You likely watched with more horror as the wights dragged Viserion’s dead body out of the lake, and as the Night King re-animated Viserion. We’ve never seen an ice dragon before, but it’s easy to assume that whatever magic the Wall is protected by, it doesn’t stop an ice dragon. I mean… it’s an UNDEAD ICE ZOMBIE DRAGON.

The likeliest theory, in our opinion, is that the Night King destroys the Wall using Viserion, because why wouldn’t he? He’s not going to waste man power using the wights to launch a full scale attack on the Wall (unlike the Wildlings) while its magic is still intact, not when he can destroy the Wall completely. And if the Wall is destroyed, that leaves a clear path for his army for make its way to Westeros without any pesky obstacle in his path – except perhaps Jon Snow, Daenerys Targareyn, and her remaining two dragons.

What do you guys think? Will the Night King use the latest addition to his army, the undead Viserion, to destroy the Wall and make his way to Westeros, where he will undoubtedly wreak havoc, mayhem, and murder? What are your predictions for the Season 7 finale of Game of Thrones, airing next Sunday? Let us know your thoughts in the comments below.