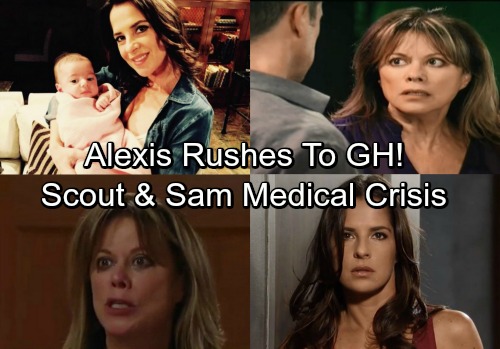 General Hospital (GH) spoilers tease that Alexis (Nancy Lee Grahn) will soon be in crisis mode. Both Sam (Kelly Monaco) and Scout’s lives will be in jeopardy soon. New GH episodes for the week of July 24-28 will bring some frightening moments for this ill mother and daughter.

General Hospital buzz is that Scout’s health scare will finally solve the mystery of Sam’s sickness. Scout may have contracted something life-threatening from her mom. General Hospital buzz has been all over the place when it comes to Sam’s condition. Chronic meningitis still makes a lot of sense, especially if Sam passed it on to Scout. 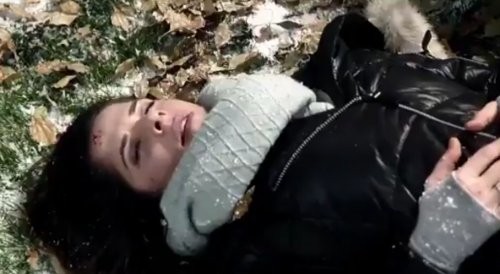 However, there’s a new theory floating around that it’s toxoplasmosis. This infection is caused by a parasite, but the symptoms are usually unnoticeable in adults. It’s possible that Sam has a severe case, but it’s still tough to call. If Sam was able to give toxoplasmosis to Scout, she would’ve had to have been infected before giving birth.

Then again, the gross environment of the birth itself could’ve given it to both of them. Regardless, the exact medical nature of Sam’s condition isn’t really important. The point is she’s sick and needs help. Sam’s upcoming confrontation with Sonny (Maurice Bernard) will prove that, but Scout’s drama could lead Griffin (Matt Cohen) and Finn (Michael Easton) in the right direction. 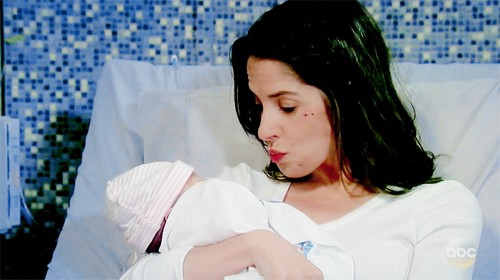 General Hospital spoilers state that Alexis will fear that she could lose two beloved members of her family. She’ll rush to GH as the terror unfolds. This kind of ordeal could certainly bring Julian and Alexis closer. When loved ones’ lives are on the line, tension tends to melt away.

Julian will experience total devastation on July 28. Does this tie in with Sam and Scout’s emergencies or is it related to his upcoming trial? It sounds like life could be throwing some serious curveballs Julian’s way. He’ll be unsure what the future holds. 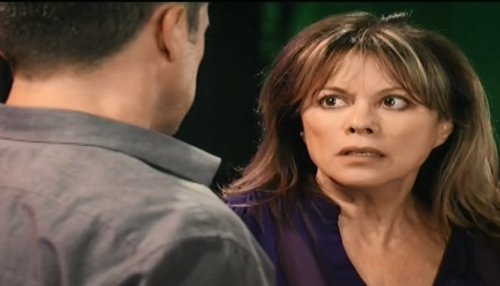 If the medical disasters help Julian and Alexis bond, we should see warm moments. Many GH fans would like to see things heat up even more. Since William deVry has reportedly filmed his final episodes as Julian, it would be nice to get some steamy “Julexis” scenes before his run wraps up.

How do you feel about Alexis and Julian being on the verge of a reunion when he exits? Do you think this is cheating the audience or giving viewers a bittersweet farewell? We’ll give you updates as other General Hospital news comes in. Stay tuned to the ABC soap and don’t forget to check CDL often for the latest General Hospital spoilers, updates and news.