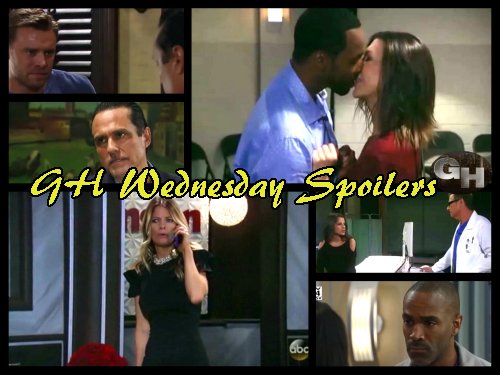 General Hospital (GH) spoilers for the next new GH episode reveal there won’t be a new General Hospital until Wednesday, July 5. There are reruns Monday, July 3 and Tuesday, July 4 because of the Independence Day holiday. The encore episodes are both Olivia “Liv” Jerome (Tonja Walker) episodes that originally aired in March when she kidnapped Robin Scorpio (Kimberly McCullough) and tormented Griffin Munro (Matt Cohen).

On Wednesday’s new GH episode, Aunt Stella (Vernee Watson) wonders where Curtis Ashford (Donnell Turner) is. He’s supposed to meet her and family for dinner. TJ Ashford (Tequan Richmond) is with Aunt Stella and so is his girlfriend Molly Lansing (Haley Pullos). Stella asks TJ what’s keeping his Uncle Curtis from meeting them. The answer is unpleasant and he won’t be showing soon.

Jordan Ashford (Vinessa Antoine) tells Curtis she has to arrest him. Is this related to his scheme working with Monica Quartermaine (Leslie Charleson), Hamilton Finn (Michael Easton) and Hayden Barnes (Rebecca Budig) at the hospital? Why is Jordan doing this? Also, this arrest could be what causes Stella to collapse when she finds out Curtis is behind bars thanks to Jordan. 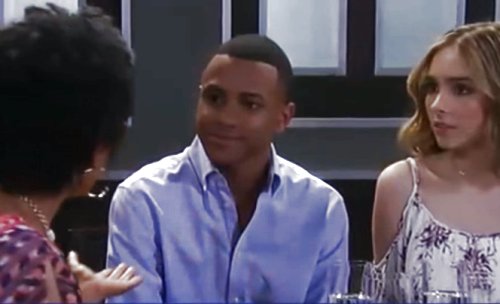 Anna Devane (Finola Hughes) and Andre Maddox (Anthony Montgomery) get all worked up doing their disco dancing thing. Anna and Andre both needed to let off some steam and their fancy footwork seemed to do the trick. General Hospital spoilers say Anna is so relaxed, in fact, that she invites Andre back to her place. Is that sizzling chemistry and sexual tension about to come to a head?

Over at Crimson, Nina Clay Cassadine (Michelle Stafford) is fresh off signing her divorce papers when her phone rings. It’s a collect call and Nina is stunned to discover it’s Valentin Cassadine (James Patrick Stuart) on the line. Nina asks how it’s possible that he’s calling her. This is the first sign that Valentin isn’t gone for good and will be back in Port Charles before too long. 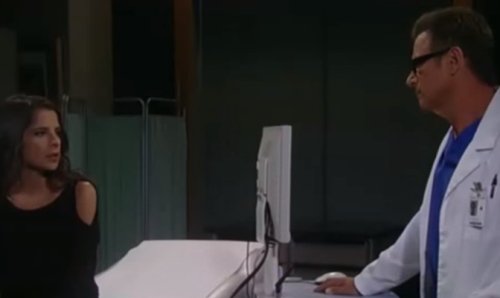 Jason Morgan (Billy Miller) talks Sam Morgan (Kelly Monaco) into seeing a doc and they head to General Hospital. James DePaiva makes his debut as the doctor she sees. But just as Sam’s consult is getting started, Jason is contacted by Sonny Corinthos (Maurice Benard) who asks Jason to come to him ASAP. GH spoilers tease that Jason runs off and leaves Sam at the doc which irritates her since she’s sick of Sonny’s influence.

Sam tells the doctor that something in her life is off but will she come clean about all her symptoms finally? Jason meets with Sonny at his restaurant and Sonny tells Jason that he’s getting out of the mob but he needs Jason help to cut the ties. Sam won’t like this one bit. Share your comments on these spoilers for Wednesday, July 5 and remember, GH is a rerun Monday and Tuesday. Come back to CDL often for more General Hospital spoilers and news.