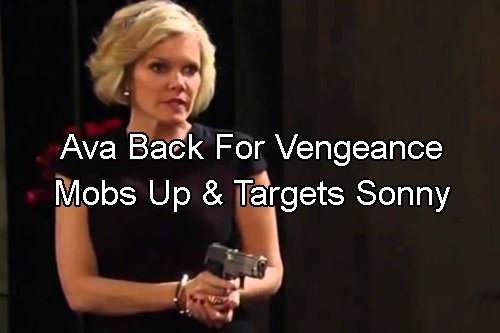 General Hospital (GH) spoilers reveal that Ava Jerome (Maura West) might be down right now, but she’s not out. Ava can’t see her way through til tomorrow because she’s in excruciating pain. But once she starts to heal up and isn’t such a crispy critter, General Hospital spoilers say we’ll see some of Ava’s spark return and then she’ll be back in a blaze of glory like a phoenix rising majestically from the ashes.

Ava was smart and took Julian Jerome’s (William deVry) advice. She was ready to confess all to Dante Falconeri (Dominic Zamprogna) but then Julian told her to find the courage to fight. So Ava found it and told Dante to kick sand and she wouldn’t tell him anything. She was even clever enough to deny the pre-fire confessions she made to Sonny Corinthos (Maurice Benard) and Carly Corinthos (Laura Wright).

Carlson saying she confessed won’t count for much since everyone in Port Charles knows they despise her. Sonny made a wrong move when he slapped custody papers in Ava’s face. General Hospital buzz is that unless Sonny can prove what Ava did to Morgan Corinthos (Bryan Craig) – and it’s likely he can’t – then Ava will avoid punishment for her crimes once again. 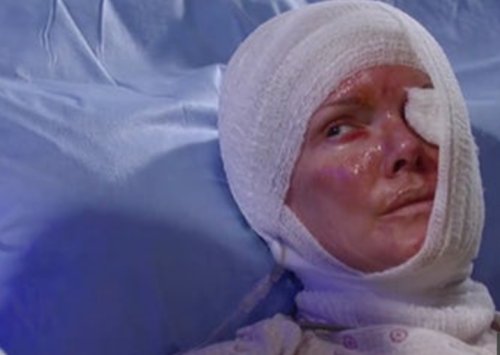 At the same time that Sonny is trying to take Ava’s daughter Avery from her for good, he’s also trying to step back from the mob. GH spoilers reveal that Sonny soon tells Jason Morgan (Billy Miller) how he plans to shed the cartel. But what Sonny isn’t counting on is that the mobster that steps up to take over his territories could be Ava Jerome.

Carly already warned Sonny that someone would step up to take over his territory, but neither had any idea it would be Ava coming back to punish them for what happened to her. Ava knows she did Morgan wrong but she also blames Carly and Sonny for cornering her and forcing her to start the fire that wounded her so horribly.

Ava thought she couldn’t go on and told Julian, Kiki Jerome (Hayley Erin) and Scott Baldwin (Kin Shriner) to forget about her, but none of them will do as she asks. Julian has told her to fight, Kiki won’t turn her back on her, even though she harmed Morgan, and no way will Scott bail on her. However, they might have second thoughts once Ava decides on revenge. 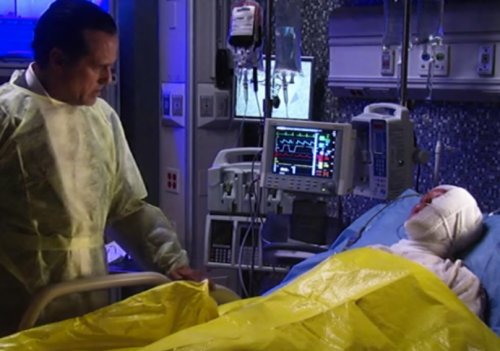 Sonny is furious that Morgan is dead and Ava survived so he’s going to use their daughter to punish her. Once Ava loses Avery, she’ll have nothing left but her anger – and probably some pretty nasty scars. With Sonny stepping back, this is a perfect time for Ava to step up and take over the criminal underbelly in Port Charles.

Ava has always been a better mob boss than even her brother and if she has nothing else to lose, you can bet she’ll be a force to be reckoned with. Share your comments below on the coming mob upheaval and Ava taking control. Tune into CDL often for more General Hospital spoilers and news.