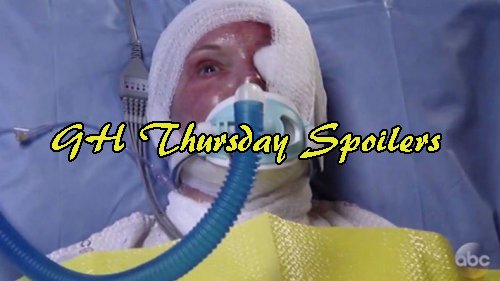 General Hospital (GH) spoilers for Thursday, June 1 reveal that Ava Jerome’s (Maura West) life hangs in the balance. She’s got severe burns over half of her body and things look rough. Kiki Jerome (Hayley Erin) just got the doubly horrifying news that her mom is in critical condition and that Ava is the one that messed with Morgan Corinthos’ (Bryan Craig) meds and contributed to his death.

As Kiki stares at Ava heavily bandaged in a hospital and on life support, she’s conflicted. Kiki feels bad for the pain Ava is in, but hates her for what she did to Morgan. Dillon Quartermaine (Robert Palmer Watkins) gets an update from Bobbie Spencer (Jacklyn Zeman) on Ava’s condition. Bobbie says they’re working hard to stabilize Ava so that more can be done to help her. It looks dire.

Across town, Diane Miller (Carolyn Hennesy) has stunning news for Alexis Davis (Nancy Lee Grahn). Diane hands Alexis a letter that says she got her law license back. Alexis is floored since her last interaction with the legal board was pretty dismal. This means Alexis could represent Julian Jerome (William deVry) if she wanted to, so this is a big deal that could affect the fate of Julexis. 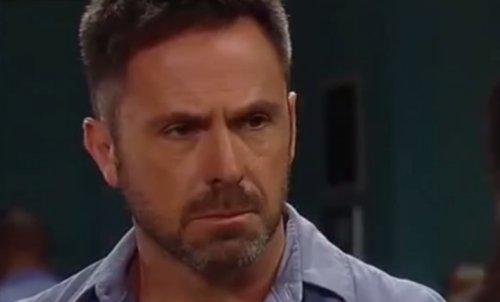 Hayden Barnes (Rebecca Budig) wants Hamilton Finn (Michael Easton) to slow up. Finn wants life back on track and is ready to move Hayden into his new townhouse and settle down with their new baby. Hayden tells him that they’re getting ahead of themselves. How will Finn handle Hayden pushing back on his happy new plans?

Back at General Hospital, Michael Quartermaine (Chad Duell) is at Nelle Hayes Benson’ (Chloe Lanier) bedside as she recovers. It seems that Nelle will get past this crisis and, as of now, doesn’t need a replacement kidney. Michael tells Nelle that he wants to take care of her. Michael is hopeful about Nelle’s recovery and their future together. Michael may take Nelle home to the Q mansion to recuperate.

At the PCPD, Jordan Ashford (Vinessa Antoine) sits down with Julian to give him an update on his sister. Jordan tells him that Ava is at the hospital and in critical condition. Julian is stunned and concerned but he’s trapped in jail awaiting his trial and can’t even go see her. If Ava takes a turn for the worse, maybe Jordan will let Julian go visit her with a police escort. 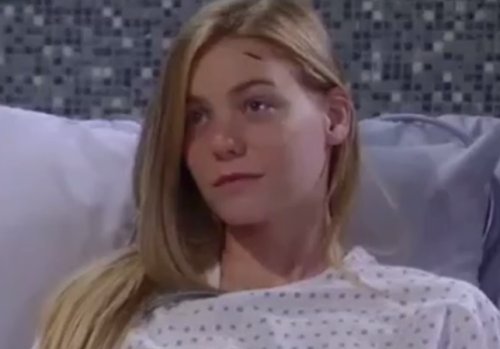 Dante Falconeri (Dominic Zamprogna) stops off to see Sonny Corinthos (Maurice Benard) and give him an update on Ava’s condition. Dante feels terrible because Ava is in horrible pain and burns are awful but Sonny has zero sympathy for her situation. Sonny even mocks Dante for feeling bad for Ava. Sonny is at his most cruel whenever it comes to Ava.

Dante doesn’t like seeing his dad so cold hearted towards the mother of his youngest child. It doesn’t seem like Sonny will relent any time soon. Share your comments on these GH spoilers for Thursday, June 1 and tune into CDL often for the latest General Hospital spoilers and news.