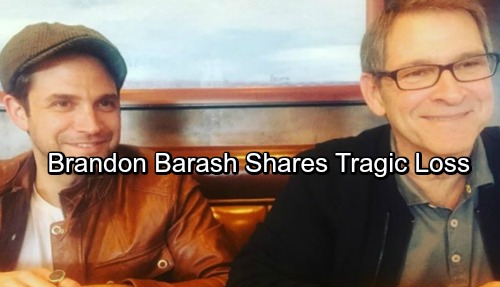 General Hospital (GH) spoilers reveal with heavy hearts that Brandon Barash, who portrayed Johnny Zacchara on the ABC daytime drama, has shared on his social media that his father, Jerry L. Barash has passed away. He posted on his personal Instagram account, photos with sweet words of how his father was the inspiration to the loving and close relationship he has to daughter, Harper Rose with Kirsten Storms (Maxie Jones, GH).

He makes a promise to his father that he will always honor him by instilling his way of living into their own. Brandon writes that, “His lessons of selflessness, sacrifice, loving without condition, hard work, tenacity, audacity, cunning and integrity will live on forever through us and those around us.” Great sentiments and words to live by! 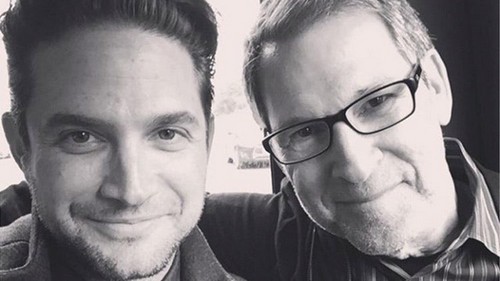 General Hospital sources show that Brandon ends his tribute to his father, Jerry but saying, “He was and still is the essence of a man.” He hopes he rests peacefully and in love. We, here at CDL would like to offer our deepest condolences to Brandon and his family at this difficult time.

General Hospital spoilers reveal that Brandon Barash has been a part of the GH family since 2007, when he arrived in Port Charles; he ultimately ended up being the grandson of mobster Anthony Zacchara (Bruce Weitz) and the son of Claudia Zacchara (Sarah Joy Brown). 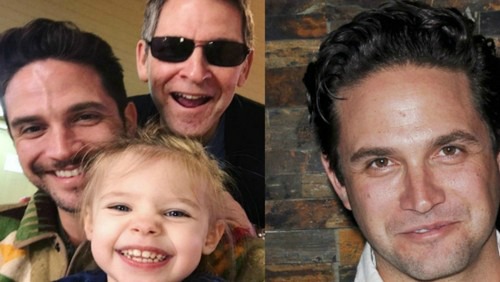 Barash was last seen in Port Charles when he briefly returned in December 2015 until the end of January 2016. he is still deeply missed by his many GH fans, who can only hope he makes a return someday soon.

Be sure to tune into ABC’s General Hospital (GH) to catch up on all the latest, excitement happening in Port Charles right now. Check CDL General Hospital spoilers often for updates, news, and spoilers!

Harper Rose, your memory of Bapa will be foggy at best, but I promise you today and every subsequent day that we have on this planet together that I will honor him by passing on his way of life and folding it into our own, as we’ve already been doing. His lessons of selflessness, sacrifice, loving without condition, hard work, tenacity, audacity, cunning, and integrity will live on forever through us and those around us. You were and are the essence of a man. A father. A family. You are physically and tangibly gone but you never will be truly gone. Rest peacefully and in love. The OG Fathership. #thefathership #allaboard #love #family #father #son