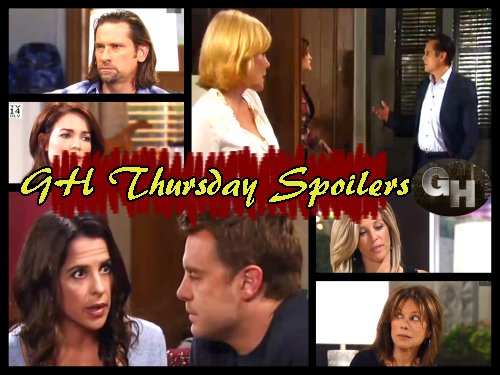 General Hospital (GH) spoilers for Thursday, April 27 reveal Carly Corinthos (Laura Wright) is bummed she can’t get Diane Miller (Carolyn Hennesy) to rep her in her upcoming divorce from Sonny Corinthos (Maurice Benard). Instead, Carly goes to another of Sonny’s baby mamas looking for an assist.

Carly asks Alexis Davis (Nancy Lee Grahn) if she wants to be her divorce lawyer. Alexis will be stunned but she still doesn’t have her law license back, so Alexis can’t do it. Will Alexis refer Carly to new lady lawyer in town Martina (Daya Vaidya)? There are some General Hospital spoilers that the new lawyer will represent Carly. 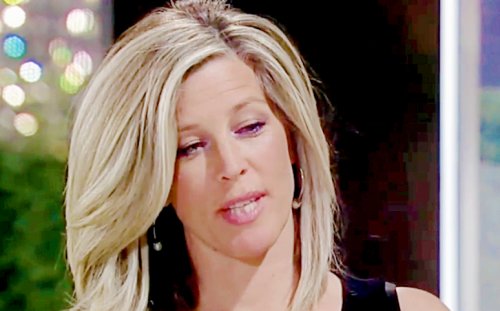 Ava Jerome (Maura West) enjoyed getting to know hunky former father Griffin Munro (Matt Cohen) and he seemed charmed by Ava despite her being brother to the guy that killed his dad. General Hospital spoilers say Ava and Griffin will enjoy their new bond and this won’t be just a one-time encounter.

Ava heads over to Sonny’s place after leaving The Floating Rib and stumbles across a private conversation. Diane is there talking to Sonny and has some bad news for him about his coming divorce from Carly. Diane reminds Sonny that he signed over all his assets to Carly last year when he was arrested. 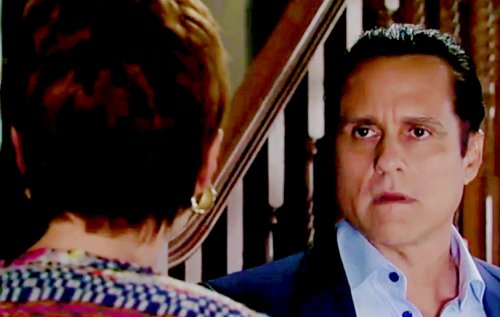 Sonny is stunned and Diane tells him this could get messy. Ava lurks in the hallway of Casa Corinthos eavesdropping and is delighted to hear about Sonny’s impending legal and financial troubles. GH spoilers say Ava will find a way to use this to her favor. Sonny thinks he can turn Diane’s news around and get the upper hand.

Over at General Hospital hospital, there’s Quartermaine drama looming. Laura Spencer (Genie Francis) says she thinks Tracy Quartermaine (Jane Elliot) will do the right thing with regard to Samira Adin (Ivy Natalia). Things are tense at GH when Kiki Jerome (Hayley Erin) rushes into Samira’s room with a warning. 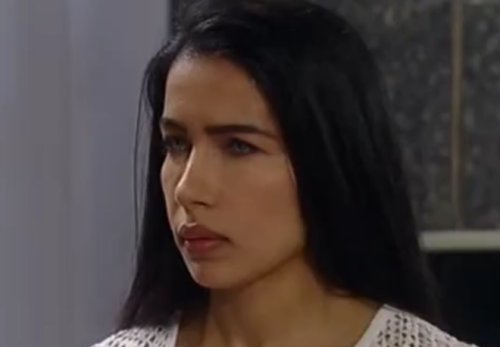 Kiki says they need to sneak Samira out right now. Monica tries to buy Ned Ashton (Wally Kurth) time to help out Samira. It seems like the immigration agent might be lurking around General Hospital. Will Agent Torosyan (Jack Topalian) get hold of Samira at last or can the Qs spirit her away?

At the Q mansion, Tracy asks Dillon Quartermaine (Robert Palmer Watkins) if he thinks she’s a bad person for refusing to let Samira take the painting to save her daughter. General Hospital spoilers reveal Dillon has an opinion to express but it’s too bad his mom won’t listen to any voices of reason from her family. 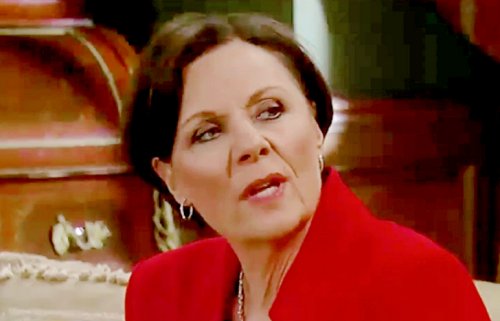 Jake eavesdrops as he’s coming down the stairs and wants to know how they’re talking about helping him. Franco, Liz and Jake have a talk but Liz remains concerned about what’s going on. Jason is also worried and he has a serious talk with Sam Morgan (Kelly Monaco) about his concerns. 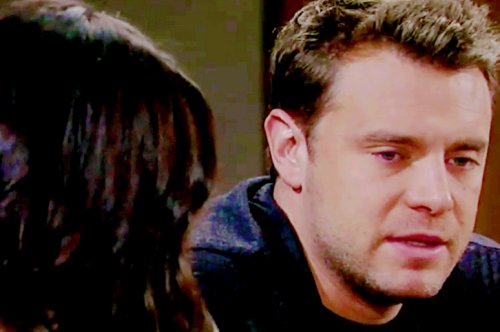 Sam’s attitude is that it all comes down to Helena Cassadine (Constance Towers) but Jason isn’t so certain. Jason is haunted by memories and guilt over the affect his actions have had on Jake. Jason also wonders what else he can’t remember and what all this means.

Share your comments on these spoilers for Thursday, April 27 and tune into CDL for the latest General Hospital spoilers, news and updates.