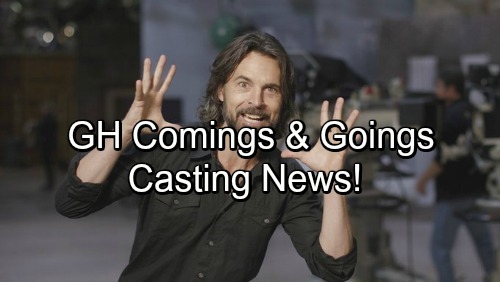 General Hospital (GH) spoilers tease that a fan favorite will finally return this week. After a summer hiatus, Genie Francis (Laura) is headed back to the ABC soap at last. Of course, that means Kevin (Jon Lindstrom) won’t be far behind.

Laura and Kevin have been helping Spencer (Nicholas Bechtel) get settled in at school in Europe. Now that Spencer’s good to go, these two are needed in Port Charles. General Hospital spoilers reveal that Kevin and Laura will get involved in some serious drama with Valentin (James Patrick Stuart). The war is far from over!

Other comings and goings news states that Alla Korat has concluded her stint as Darya, a Russian nurse. Many GH fans were concerned when word spread about Korat’s latest gig. It came on the heels of Rebecca Budig’s (ex-Hayden) departure, so viewers were upset about any hiring updates at the time. 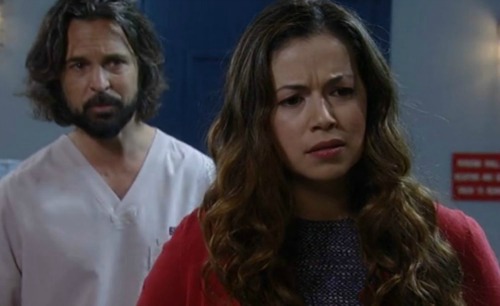 It turned out to be a very minor role, so no salt has been poured in the wound. Korat’s nurse may be gone, but Gene Farber’s role as Dr. Klein will continue. This guy has been fantastic as the shady clinic doc! Dr. Klein will rev up his threats against Ava (Maura West), so General Hospital watchers will want to stay tuned.

A guest star from How to Get Away with Murder will soon arrive as well. Tommie Earl Jenkins will show up for some university scenes as Dean Paulson. If you’re a HTGAWM lover, you might be especially interested in checking out Jenkins’ latest appearance. It’s always fun to compare an actor’s characters. Jenkins has also done some great work on Shooter and Law and Order True Crime.

Finally, a GH alum has snagged a new role on The CW. Jeffrey Vincent Parise (ex-Carlos) will appear on the long-running drama, Supernatural. The show’s season premiere will drop on October 12. Parise promised to release more details via Twitter, so that’s something to look forward to.

It’s awesome to hear about a former GH actor finding success in primetime! We’ll let you know if there are any other developments. Stick with the ABC soap and don’t forget to check CDL often for the latest General Hospital spoilers, updates and news.