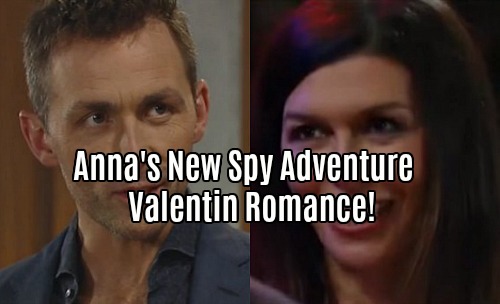 General Hospital (GH) spoilers tease that Anna (Finola Hughes) will feel like something’s just not adding up. She recently talked to an expert about the diamond Emma (Brooklyn Rae Silzer) received from Spencer (Nicholas Bechtel). Anna is intrigued by this baffling mystery, so this super sleuth intends to seek the truth.

Anna doesn’t have a lot to go on yet, but she won’t let that stop her. She knows this diamond is from a high-profile heist a few years back. This particular theft occurred in Montenegro, but it was just one of many carefully orchestrated robberies in Europe. Anna needs more info, but where can she turn for answers? Raymond Berlin (Robert Curtis Brown) is her best bet. 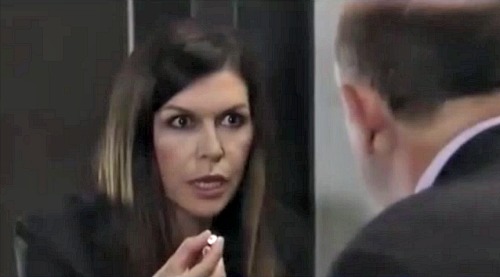 General Hospital spoilers say Anna will still feel like there must be a Hayden (Rebecca Budig) connection. With Finn’s (Michael Easton) help, Anna will manage to secure a meeting with Raymond. She’ll hope that he can offer some insight on the heist and who was behind it.

Raymond may be reluctant to divulge much, but Anna can be pretty persuasive when she wants to be. She’ll probably pry some clues out of Raymond during their chat next week. General Hospital spoilers hint that a classic spy adventure is brewing. Anna may face some dangerous situations as this plot heats up.

Meanwhile, it looks like Nina (Michelle Stafford) and Valentin (James Patrick Stuart) will slowly mend their relationship. It’s taken a long time to get to this point, but they’re about to get back on track. Of course, this might be the perfect moment to push Valentin back in Anna’s orbit.

Right before this diamond came into play, Anna had Valentin on her mind. She can never quite figure out what he’s up to and how she feels about him. If Anna uncovers evidence that points in Valentin’s direction, it could create major problems. 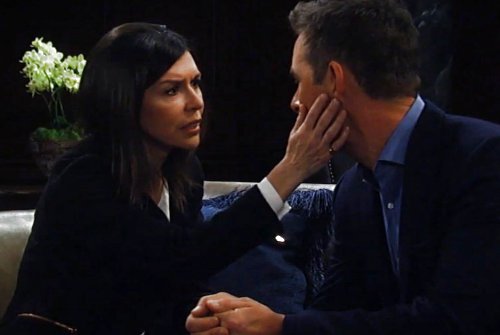 Maybe Valentin will be wrongfully accused this time around. He could get the chance to play the hero if Anna runs into trouble with the real thief. On the other hand, GH viewers know Anna is more than capable of taking care of herself. Perhaps her digging will land Valentin in hot water and she’ll be the one who has to step up.

Regardless, Anna and Valentin seem destined to get tangled up again. General Hospital spoilers reveal that this storyline will change Anna’s life in a big way. Will it change Valentin’s as well? Could this be the final nail in the coffin for Valentin and Nina’s romance?

It sounds like there might be some hope for Valentin and Anna shippers. We’ll give you updates as other GH news comes in. Stay tuned to the ABC soap and don’t forget to check CDL often for the latest General Hospital spoilers, updates and news.