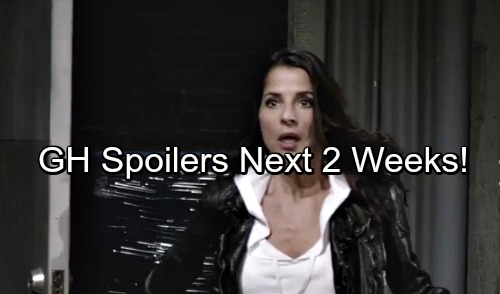 General Hospital (GH) spoilers for the next two weeks tease that some tricky situations are coming up. The week of August 28-September 1 lead to big trouble for several characters. For starters, Maxie (Kirsten Storms) will catch Nathan (Ryan Paevey) talking to Amy (Risa Dorken). She’ll eavesdrop in hopes of figuring out what they’re up to.

Maxie will eventually confront Amy and Nathan, but they’ll come up with a cover story. Nevertheless, Maxie will feel like she’s being left out of the loop. This Ask Man Landers ruse is destined to blow up down the road. 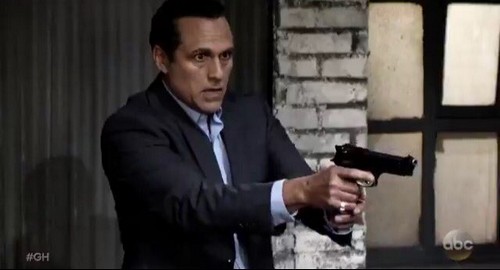 In the meantime, Sonny (Maurice Benard) will move forward with his plan to get out of the mob. Unfortunately, he’ll have to deal with more danger first. Jason (Billy Miller) will get caught in the drama as well. General Hospital spoilers suggest that Jason may be gravely injured after a shootout. Sam (Kelly Monaco) will be worried sick once Jason lands in harm’s way.

Other General Hospital spoilers say Carly (Laura Wright) will try to make progress with Josslyn (Eden McCoy). Alexis’ (Nancy Lee Grahn) advice really got through to Carly. She’ll continue her efforts to back off and rebuild her bond with Joss.

However, Carly’s patience will soon be tested. She’ll do her best to stay calm and roll with the punches. Across town, Ava (Maura West) will assist Griffin (Matt Cohen) with something tough. It looks like Ava may pitch in with an ill woman named Marisol (Kayla Torres). This patient last appeared on GH in March. 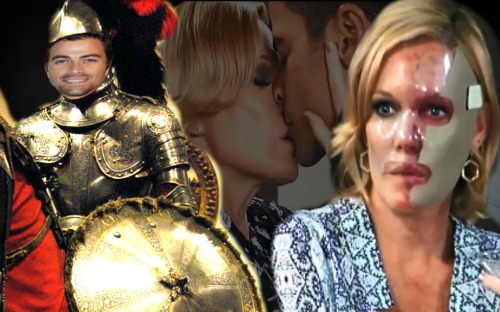 Maybe Ava will offer some words of wisdom based on her own challenging ordeal. The week of September 4-8 will deliver some intriguing encounters. When Kristina (Lexi Ainsworth) takes Scout to the park, there’s a good chance Parker (Ashley Jones) will be lurking. This could provide an opportunity for them to grow closer.

Elsewhere, Finn (Michael Easton) will get some crushing news. It sounds like Curtis (Donnell Turner) might report back with new info. He may reveal that he got in touch with Hayden (Rebecca Budig), but she still doesn’t want to come home. Finn will have to find a way to work through his sadness and move on.

Meanwhile, General Hospital spoilers say Sam will battle some strong emotions. Jason will be in bad shape at that point. Sam will have trouble keeping her spirits up, but she’ll undoubtedly get some support. There’s always someone willing to step up in Port Charles.

Finally, Ava will make an impulsive choice. Will a charged moment with Griffin convince Ava to make a fateful phone call? She’s bound to accept Valentin’s (James Patrick Stuart) offer sooner or later! We’ll give you updates as other GH details emerge. Stick with the ABC soap and don’t forget to check CDL often for the latest General Hospital spoilers, updates and news.