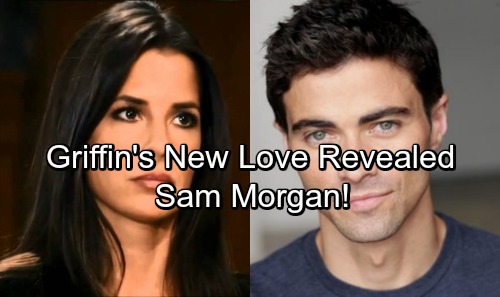 General Hospital (GH) spoilers reveal Dr. Griffin Munro (Matt Cohen) will finally have that new lover Frank Valentini was talking about in March 2017 – and it is definitely a shocker: Samantha “Sam” Morgan (Kelly Monaco). We are sure fans will be in an uproar about their love connection, but this can’t be entirely unexpected since Steve Burton’s return was made official.

Sam has been struggling with something massive going wrong with her brain lately. She has been having hallucinations, been extremely paranoid and very insecure when it comes to her husband, Jason Morgan (Billy Miller) and worries his friendship with mobster, Sonny Corinthos (Maurce Benard) will be the death of him. 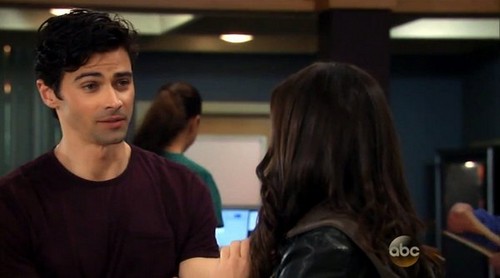 Sam goes to General Hospital, where she confides in Dr. Griffin about her instability. He doesn’t judge her but encourages her to seek help. It would seem that Sam trusts Griffin more than anyone else right now and things are about to get a whole lot worse for her when soap opera star Steve Burton returns to Port Charles and GH becomes the “Tale of Two Jasons!” 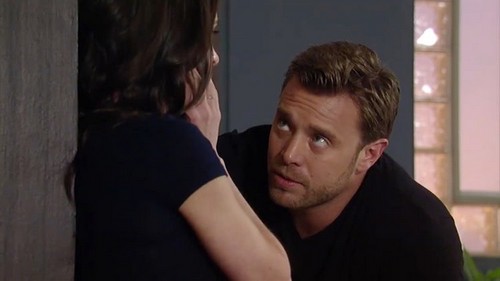 Sam has suffered through so much, thinking Jason was dead right before it was confirmed that newborn Danny (T.K. Weaver) was his son, only for him to reappear in Port Charles 2 years later. Sam has another baby with Jason, and will soon find out that the man she is living with might not be her actual husband.

How on earth is Sam supposed to cope with the revelation that there are two Jasons? Many General Hospital viewers are miffed that Jason is supposed to be Sam’s soul mate and yet hasn’t clued in that there is something seriously wrong with his wife. 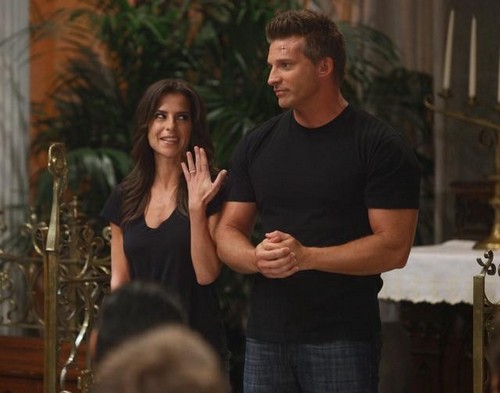 Sam and Jason have always had this incredible connection and chemistry but lately it seems he has no idea how mentally unstable Sam is right now – its no wonder she is turning to someone else to cope with this and her trust in Griffin speaks volumes to where their relationship stands.

It is about time that General Hospital’s Dr. Griffin Munro has a love interest as Valentini promised and none could be more surprising than Samantha Morgan. How do you feel about Sam leaving her two Jasons for a while and finding love with Dr. Griffin? Be sure to tune into ABC’s General Hospital (GH) to catch up on everything happening in and around Port Charles right now. Check CDL General Hospital spoilers often for updates and news!