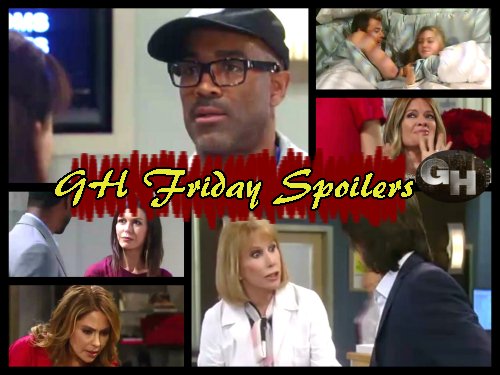 General Hospital (GH) spoilers for cliffhanger Friday, June 30 reveal that Nina Clay (Michelle Stafford) seems to be having second thoughts about her split from Valentin Cassadine (James Patrick Stuart). She’s down in the dumps and feeling like a terrible person for ditching him when his life got rough. Olivia Falconeri (Lisa LoCicero) finds Nina in a bad state.

Olivia asks if Nina is all right when she sees the soon to be ex Mrs. Cassadine is in tears. Olivia comforts Nina and next week, Nina hears from Valentin out of the blue. Across town, Olivia’s fiancé Ned Ashton (Wally Kurth) talks to his brother Dillon Quartermaine (Robert Palmer Watkins). Dillon wonders if Ned has cold feet but that’s not the case.

Instead, Ned has a big question for his little brother – he wants Dillon to be his best man. Ned and Olivia’s wedding is a week away so things are about to kick into high gear. Another Quartermaine deals with drama over at General Hospital. Monica Quartermaine (Leslie Charleson) is with Hamilton Finn (Michael Easton) talking about his doctored drug tests. 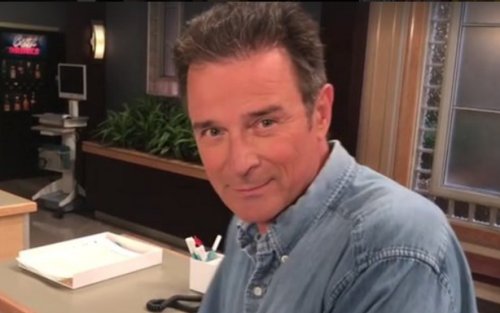 Finn wants to nail Liesl Obrecht (Kathleen Gati) for tampering and be done with it, but Monica tells Finn they’re not out of the woods yet. Obrecht catches Curtis Ashford (Donnell Turner) in his little nerd outfit and interrogates him. Dr. O wants to know his name and what business he has at the hospital. It’s all on Curtis to get the dirt they need to save Finn.

Michael Quartermaine (Chad Duell) and Nelle Hayes Benson (Chloe Lanier) are busy in bed and happy to have taken the next big leap in their relationship. Of course, their happily ever after will implode soon once Carly Corinthos (Laura Wright) finds out they’re sleeping together. General Hospital spoilers reveal that another couple heats up on Friday that’s been simmering for a while. 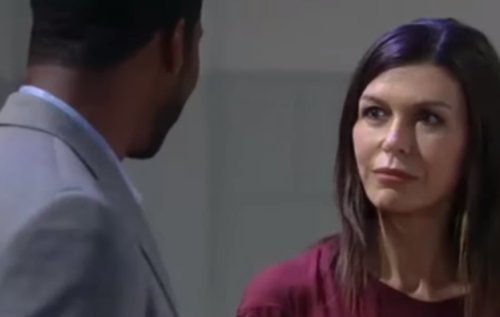 Anna Devane (Finola Hughes) catches up with Jordan Ashford (Vinessa Antoine) on work matters and then runs into Andre Maddox (Anthony Montgomery). Andre wants to give romance a chance between him and Anna and asks if she’s ready to give it a try. With Valentin out of the way and Jordan moved on, there are no obstacles in their way.

Sam Morgan (Kelly Monaco) has a change of heart and goes to see a doctor. James DePaiva makes his General Hospital debut on Friday as her physician and he wants to know if she’s okay. It seems that Sam will finally come clean to someone about the things she’s been hearing and seeing but will keep the secret from her loved ones a while longer.

Share your comments below on these spoilers for Friday, June 30 and tune into CDL for the latest General Hospital spoilers, news and updates.