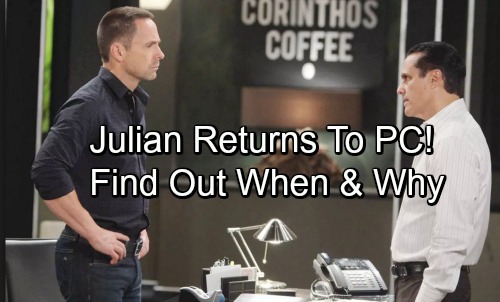 General Hospital (GH) spoilers confirm that William deVry is finally returning. Find out the details, including when he will return to the set. The actor portrays Julian Jerome on the daytime series. Due to protracted contract negotiations, DeVry had to take a break from filming.

However, it is confirmed that the actor returns to the set on October 16. Given a typical 4-6 week lag between filming and airing General Hospital fans can expect to enjoy Julian’s return by the end of November. William DeVry tweeted the news to fans, who appreciated the update. The last time he filmed GH was on June 30. 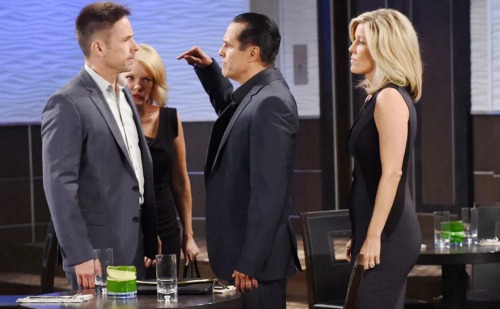 General Hospital spoilers from Soaps in Depth revealed additional details. The actor confessed that few people knew he wasn’t coming back after the hiatus.

“Frank Valentini and I were the only ones that knew. So, everybody just jetted out when the day was over. No fuss. In hindsight… if I didn’t come back? Then it would have been weird. But, in my mind, it was never the end. There was just no reason [contract negotiations] wouldn’t work out. It was too close.”

ABC was overwhelmed with passionate fans who didn’t want to lose Julian. As time passed, viewers started to reach out to ABC network via email, phone and social media. deVry tried to reassure viewers and gave an update on Twitter. He explained that it was going slow, but was confident that things would work out.

By the time August rolled around, fans finally got some answers. Frank Valentini tweeted that deVry was staying on the soap.

As for Julian’s future on General Hospital, spoilers suggest that has a lot more story that needs to be told. When asked about a partnership with Sonny Corinthos (Maurice Benard,) he could not reveal any specific details. However, he did explain that Julian is the only person who can sympathize with Sonny on GH. 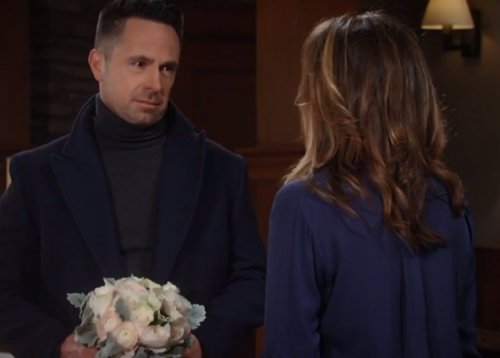 This seems to imply that a rekindled partnership is possible, so look forward to a sizzling storyline.

He also talked about how nobody believes Julian tried to get out of the mob. However, he was forced to make a choice to save his loved ones.

“He would have lost his family. It was not a selfish move he made; it was quite selfless. He was willing to sacrifice himself to save his family.”

What are your thoughts on William deVry returning as Julian Jerome on GH? Keep watching the ABC soap and check back with CDL for the latest General Hospital spoilers, updates and news.