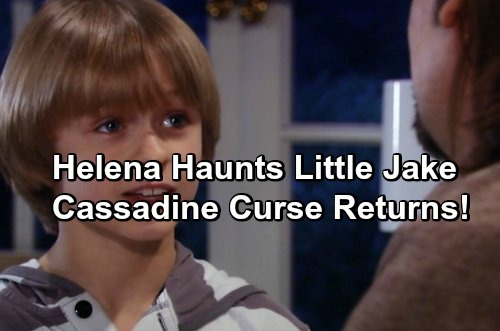 General Hospital (GH) spoilers from a recent Nathan Varni podcast interview reveal Jake Webber (Hudson West) stars in the next big plot coming to GH. Finally, General Hospital fans will get some information and hopefully closure on what happened to little Jake on Cassadine Island and this proves to be a mess for JaSam and Friz.

When we saw Jason Morgan (Billy Miller) and Franco (Roger Howarth) grappling in the ER the night Sam Morgan (Kelly Monaco) was brought in with baby Scout, it was surprising it didn’t escalate. What was even more shocking was when Jason told Robin Scorpio (Kimberly McCullough) it was his fault.

Jason admitted he was stressed and worried over Sam and shouldn’t have tried to force his way into the emergency room. Let’s hope that patience is brought into the Jake plot because Varni says both couples will be working closely together on the Jake storyline and that could spell disaster. 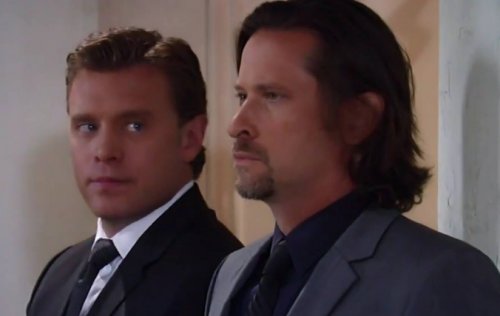 Franco just had a strange encounter with Jake when the kid told him that Sam and the baby were in trouble because of the Cassadine curse. It seems strange that Jake would know about that given the timeline of when Helena Cassadine (Constance Towers) cursed Sam on her deathbed.

Had Helena already cursed Sam and that was just her repeating it for Sam to hear? And what else does little Jake know about Helena’s insanity and revenge schemes? Remember when Jake first came back, it was when the Jake Doe secret came out and he seemed to hate Sam for a time which lead to her near death.

Was that strictly about Jason breaking up with Liz Webber (Rebecca Herbst) or did Jake already have a negative impression of Sam because of his time with Helena? Franco has some art sessions with Jake where some more disturbing information about Jake’s past emerges. 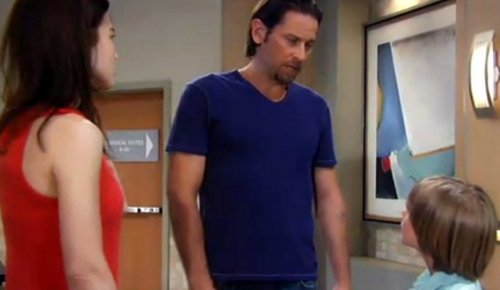 General Hospital spoilers indicate Liz and Franco are worried about some of Jake’s “disturbing” memories from his captivity on Cassadine Island and Liz realizes Helena is influencing her son from beyond the grave. What will make this all the more tense is the overlap of Friz and JaSam.

Jason and Sam may hate Franco but Jake and Liz love the reformed serial killer. Varni said both couples will have to work through their issues so they can work together to help Jake since all are in a position of co-parenting. Even if Jason hates it, Franco has a bond with Jake and Jake wants him in his life.

The last thing Liz and Jason need is for Jake to feel that someone he cares about will be taken from him. This will be a bumpy road ahead but this storyline has been begging for closure since Jake first came back from the dead. Nikolas Cassadine’s (Tyler Christopher) death shut down all the Cassadine Island plots. 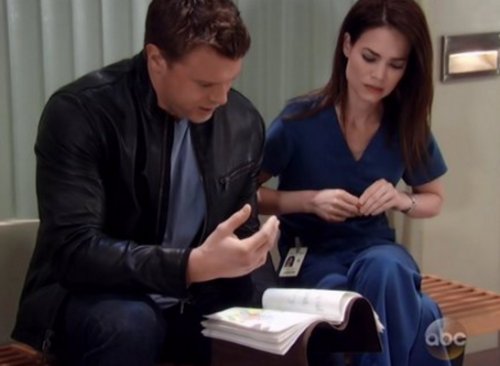 You might remember Franco and Liz were supposed to go to Cassadine Island at the same time Jason and Sam were there but everything was shut down when Tyler Christopher and GH couldn’t make a contract deal. Will the gang head to Cassadine Island or will this all be settled in Port Charles?

How much longer until that wicked coloring book Helena gave Jake comes back into the story and they find out the big secret Jake is supposed to keep? Many theories have swirled around Jake including that he’s not Jason and Liz’s son but a doppelganger. This plot heats up next week on GH.

Share your comments below on the upcoming story for Jake. Will you be glad to see this out in the open at last? Tune into CDL often for the latest General Hospital spoilers, news, and updates.