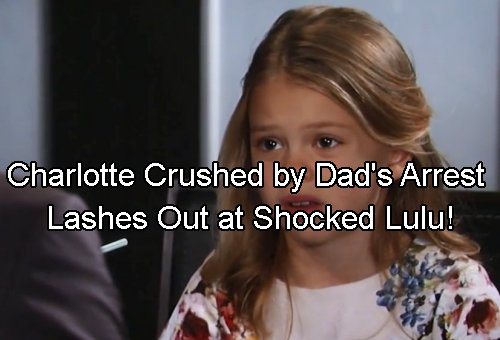 Things get tenser when Anna catches up to Valentin as he’s trying to get away with Charlotte Cassadine (Scarlett Fernandez) and into Canada using false passports for the two of them. General Hospital spoilers say Anna confronts Valentin but has no choice but to arrest him. The WSB want to put him away for stealing the Chimera Project and selling it to Helena Cassadine (Constance Towers).

However, Nina Clay Cassadine (Michelle Stafford) got through to Anna and reminded her if it wasn’t for her and her awful sister Alex Devane Marick (Finola Hughes), Valentin would never have stolen the device and been on the run. Nina also reminded Anna that Valentin was forced into a bad spot and without the surgeries, would have died from his medical condition. 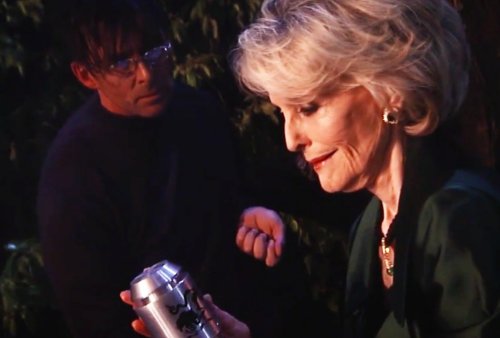 Anna had tears in her eyes but she also has orders from her boss and ex-husband, Robert Scorpio (Tristan Rogers) at the WSB, to bring in Valentin. Once Anna shows up, Valentin knows the jig is up. He can’t get into a violent confrontation with Anna in front of Charlotte so that means he’s got to surrender. General Hospital buzz is that Valentin also makes a big decision about his daughter.

As far as Valentin knows, he’s facing life in prison once he’s put on trial in The Hague. Valentin does what he thinks is best for Charlotte and hands full custody of their daughter to Lulu who is grateful he’s not fighting. Lulu truly wants what’s best for Charlotte and knows that’s being with her and Dante Falconeri (Dominic Zamprogna). But Charlotte won’t see that.

Valentin is Charlotte’s world – her beloved Papa. For her entire life, Charlotte thought Claudette Beaulieu (Bree Williamson) was her mother and then learned Claudette was dead and Lulu was her biological mother in a matter of days. This undid Charlotte and caused her to reject Lulu. Since then, Lulu and Charlotte have developed a rapport, but it’s not rock solid. 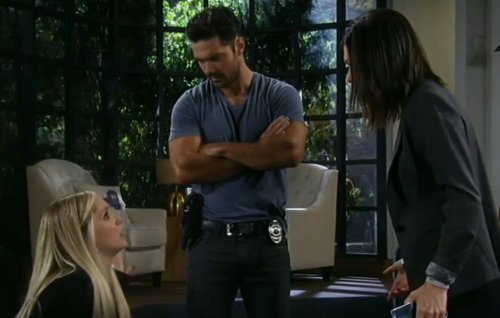 Once Charlotte learns that Valentin was arrested and she’s stuck with Lulu and Dante, things take a dark turn. General Hospital spoilers for next week, June 12 to June 16, reveal that Dante and Lulu realize they’re in over their heads. That’s because Charlotte will be furious that she’s now lost the woman she thought was her mother and the man she knew was her dear Papa. She’s also lost Nina as her step-mom.

Lulu must face a major negative attitude shift from Charlotte and it won’t be pleasant. Can Lulu get through to her daughter or is this just too much for the kid to deal with? After Claudette put her through all the lies about different daddies and then died, it’s a hard fate Charlotte now faces. How will Lulu deal with her outraged daughter?

Share your comments below on the coming upheaval in Charlotte’s life that turns her into an angry little girl who blames Lulu. And be sure to tune into CDL often for the latest General Hospital spoilers, news and more.