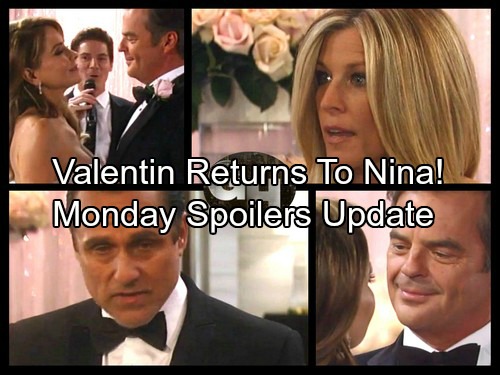 General Hospital (GH) spoilers for Monday, July 10, tease that Ned (Wally Kurth) and Olivia’s (Lisa LoCicero) wedding will wind down with a fun reception. Olivia will cozy up to her new husband and they’ll share a slow dance. As Ned’s best man, Dillon (Robert Palmer Watkins) will make sure the rest of the event runs smoothly. He’ll hope that Olivia and Ned will can just soak in this moment.

Dillon will likely give a heartfelt toast before this bash is over. He’ll also grab the microphone to present Mr. and Mrs. Edward Quartermaine. This couple will be all smiles during one of the happiest nights of their lives. It’s nice that these two finally managed to tie the knot. GH fans love a good wedding every now and then. 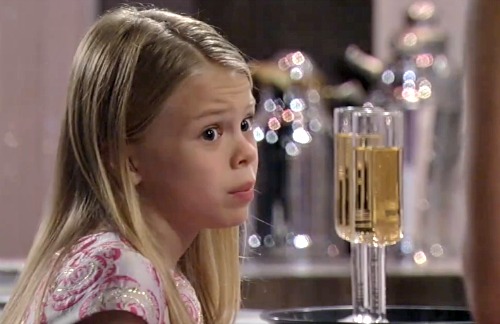 Unfortunately, Charlotte (Scarlett Fernandez) won’t be in a celebratory mood. She’ll tell Nina (Michelle Stafford) that she really wants her papa to come home. Nina will nearly break down in tears over Charlotte’s sorrow. She’ll undoubtedly indicate that she misses Valentin (James Patrick Stuart), too. However General Hospital spoilers reveal Valentin is back!

Thankfully, Dante (Dominic Zamprogna) will step up to fill the void in Charlotte’s heart. He could never replace her father, but she’s learning to love him as a stepdad. General Hospital spoilers say they’ll dance together before the evening concludes. 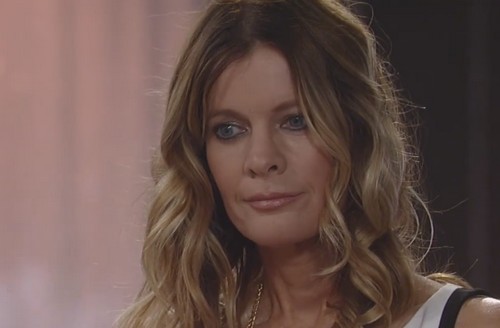 Nearby, Kevin (Jon Lindstrom) will give Laura (Genie Francis) some surprising news. He’ll note that he was running a bit behind because he was missing something. When Kevin reveals it was her grandson, Laura will wonder where Spencer (Nicholas Bechtel) wandered off to this time. Luckily, it seems Kevin will already have a grip on the situation.

Of course, it won’t stay that way for long. Spencer’s latest plot will land him in hot water down the road. We could see the rumblings of trouble once Valentin returns to town. He’ll stun Nina when he shows up out of the blue at Wyndmere. Valentin will try to convince Nina that they belong together, but his exposed secrets will leave her uncertain about the future.

Meanwhile, Sonny (Maurice Bernard) will discover that Josslyn (Eden McCoy) isn’t at home. Carly (Laura Wright) will immediately fly into a rage. She’ll plan to figure out where her wayward teen went as soon as possible.

General Hospital spoilers say Joss will realize she’s angered the beast. She’ll inform Oscar (Garren Stitt) that she’s dead meat once she gets back to the house. Josslyn will suggest that Carly’s going to kill her for disobeying again. We’ll give you updates as other GH details emerge. Stay tuned to the ABC soap and don’t forget to check CDL often for the latest General Hospital spoilers, updates and news.