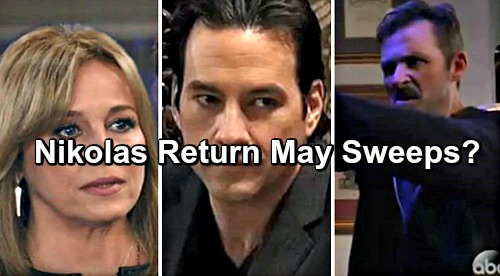 General Hospital spoilers examine what recent new GH episodes tell us about Nikolas Cassadine’s GH return. As Anna Devane [Finola Hughes] attempts to figure out her past relationship with Valentin Cassadine [James Patrick Stuart] and we all wonder who he really is, Laura Spencer [Genie Francis] is dreaming about him. Well, dream is perhaps the wrong word. Nightmare is a better one. Except in this case, the nightmare has a surprise ending.

Laura was on Cassadine Island when her son Nikolas was shot by Valentin, supposedly in self-defense. This was witnessed by Ava Jerome [Maura West]. We never saw a body. It used to be when that happened, you knew that the person was still alive and would return. Now, however, even seeing a dead body, that character could show up again. This is especially true of the Cassadines, who use cryogenesis. That island of theirs is a hotbed of weird science. 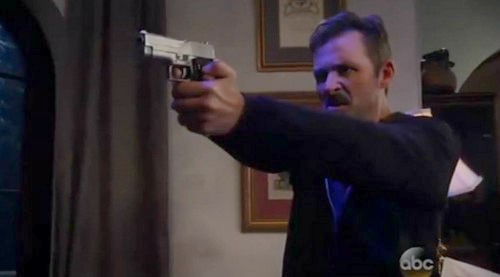 Also, let’s face it – with Ava Jerome as a witness, how can you believe anything that comes out of her mouth? On some level, Laura is aware of this and holds out some disbelief about Nikolas’ demise. Now, she’s dreamt that she was on Cassadine Island, all right, but holding a gun herself. She shot Valentin as he was about to kill Nikolas.

Did Valentin really kill Nikolas? Laura and Lulu believe he did and hate him. They both want him out of their lives, but that is impossible because of Valentin’s daughter Charlotte [Scarlet Fernandez]. The little girl is allegedly Lulu’s [Emme Rylan] daughter and Laura’s granddaughter, and a custody case is brewing since the woman Charlotte thought of as her mother, Claudette [Bree Williamson], isn’t really dead. So the women are forced to have an involvement with Valentin. 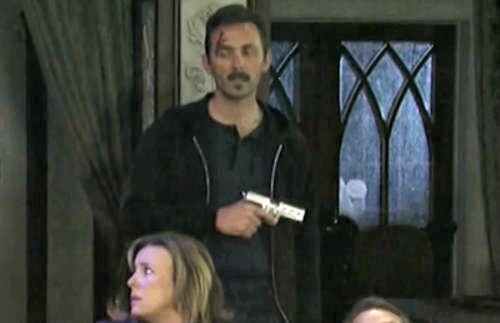 Kevin Collins [Jon Lindstrom] was on Cassadine Island with Lulu and Laura. He was shot saving Laura. He knows what Laura knows, and asks her questions about her dream. Perhaps it is wishful thinking on her part. Yet the dream has disturbed her.

Could this possibly be a foreshadowing of what is to come – will we see Nikolas back on the GH canvas before too long? There is much from that journey to Cassadine Island that raises questions as yet unanswered – questions that are central to General Hospital spoilers like Charlotte’s true ancestry. 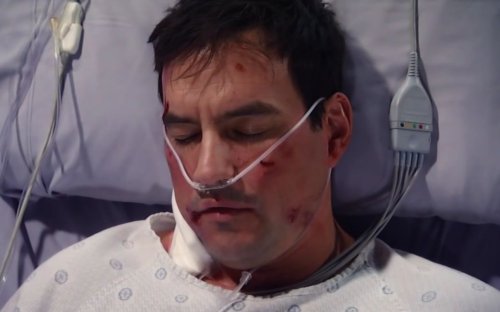 Was Nikolas killed or was he injured? Is he being held prisoner? Do the Cassadines have him or does someone else? Since General Hospital spoilers tell us that Valentin will kidnap Lulu in future new GH episodes it may be that Laura will have to return to Cassadine Island to find some answers, possibly around the time of May sweeps. Come back to CDL for all your General Hospital spoilers, updates and news!

Leave your number so @NancyLeeGrahn can call you to make sure you’re watching today’s all new #GH! Ok teasing about the ph# ask but tune in! pic.twitter.com/befFy9iDjt