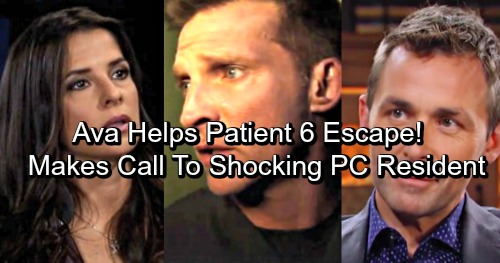 General Hospital (GH) spoilers tease that Ava (Maura West) will land in hot water again. After she fulfills her promise to help Patient Six (Steve Burton) escape, she’ll deal with serious backlash. It looks like Dr. Klein will refuse to fix Ava’s face, but the consequences could get even worse. Ava will fear that she could end up dead or at least stuck at the clinic indefinitely.

Griffin (Matt Cohen) will rescue Ava as quick as he can, but she’ll have to suffer in the meantime. Patient Six, on the other hand, will finally secure his freedom. He’ll get away from the menacing staff at the clinic, but he’ll still encounter some obstacles. Steve Burton’s character will be in an unfamiliar area without any money. He’ll be desperate for assistance, but who can he trust?

General Hospital spoilers indicate that a stranger will cross paths with Patient Six. He or she will seem friendly enough, but Burton’s character will undoubtedly be suspicious. Nevertheless, it appears Patient Six will take his chances. What choice does he have? If Burton’s character wants to make it back to Port Charles, some risks will inevitably be involved. 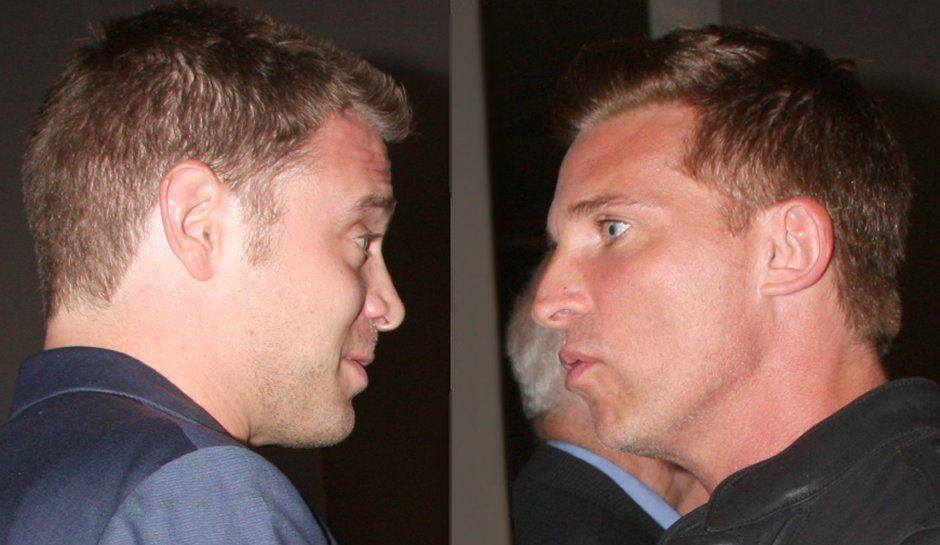 GH fans can expect Patient Six to make a phone call eventually. Instead of dialing Sonny (Maurice Benard), Burton’s character will try a different number. Who will Burton reach out to? Since all the signs point to Burton being the real Jason Morgan, it’s possible he’ll call Sam (Kelly Monaco). However, there’s another option that could catch everyone off guard.

General Hospital spoilers reveal that Valentin will get a puzzling phone call on October 4. Could Burton’s character have some sort of connection to Valentin? Perhaps they’re allies, not enemies. It’d be a big twist, so it’s something to consider.

Of course, we can’t rule out the idea that the clinic will call Valentin. They might want to fill him in on Patient Six’s escape. Regardless, General Hospital is going to pack in plenty of excitement. GH viewers won’t want to miss Patient Six’s epic adventure!

Will the stranger in Russia be a friend or a foe? What about Patient Six’s phone call? Which Port Charles resident will he get in touch with? We’ll give you updates as other GH news comes in. Stay tuned to the ABC soap and don’t forget to check CDL often for the latest General Hospital spoilers, updates and news.