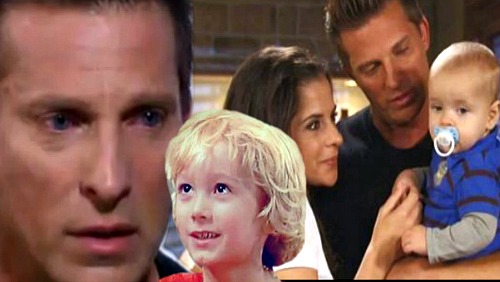 But what GH fans expect, the most chilling reveal of all is about to happen – Danny Morgan (T.K. Weaver) is really his biological son with wife, Sam Morgan (Kelly Monaco).

We have to go a bit down memory lane for this one as longtime GH fans will remember, the day Steve Burton’s Jason Morgan was shot by Cesar Faison (Anders Hove) and kicked into the icy waters off the pier, he had no idea that Danny was his son. 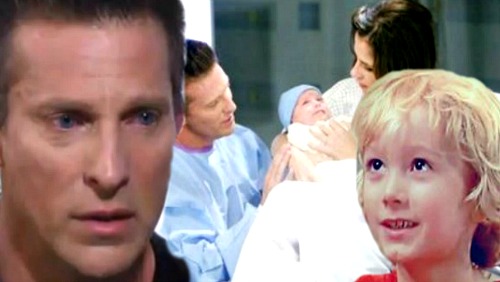 In fact, at the moment of his “death” he was still tormented by the video that Franco (then-James Franco) had left, showing that he has rendered Sam unconscious and there was video evidence that implied he had raped her resulting in her pregnancy with Danny. Patient Six firmly believed at the time of his death, almost five years ago, that Danny could not be his son.

General Hospital spoilers tease that on the Thursday, November 2, 2017 episode a confused young Danny will walk into his mother’s hospital room and want to know who the strange man is with his mother. Will Sam believe the unfathomable story of the two Jasons, as she certainly recognizes the face of the man she once loved, or will she stand by the man who is currently her husband and giving her everything she desires by walking away from the mob life to devote his life to her and their children? 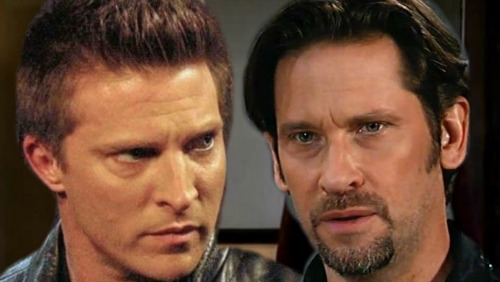 How will Patient Six react to the startling news that Sam eventually had proof that Danny was his and Franco finally admitted that he didn’t rape her, meaning Danny was indeed his son. He has now been robbed of 5 years out of two of his sons’ lives, how will this impact him emotionally? However thinks shake out, we can be sure that Patient Six will be overjoyed that Danny is his flesh and blood.

It looks like GH viewers will have to wait and see if Original Jason’s hatred for Franco is as strong as ever and he will still be on the warpath to destroy him. When he learns Franco didn’t really rape Sam, and Danny is his son, will his hatred somewhat subside?