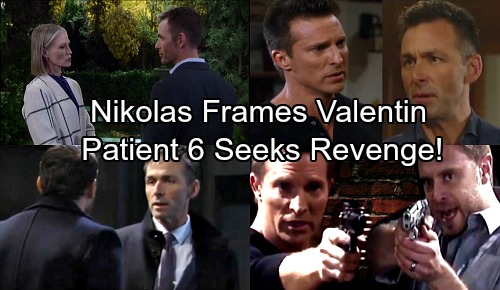 General Hospital (GH) spoilers reveal that Nikolas Cassadine, last portrayed by Nick Stabile, and Cassandra Pierce (Jessica Tuck) have possibly joined forces and are now planning to use Helena Cassadine’s “soldier boy,” Patient Six (Steve Burton), to their advantage; in order to destroy the evil Cassadine who is causing a disturbance in their lives.

GH spoilers tease that at the time of Helena’s death, her grandson Nikolas hated her enough to poison her tea. Teaming up with Cassandra and using Patient Six could be essential in their plot to destroy a common enemy – Valentin Cassadine (James Patrick Stuart)! 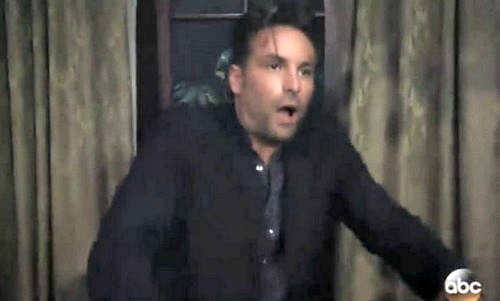 Helena always considered Valentin the most dangerous Cassadine of them all, but it appears he under estimated Nikolas when he shot him and left him for dead – where he allegedly fell into the dark depths below Cassadine Island that fateful night. Valentin went on to claim that he was the rightful heir to the Cassadine fortune – leaving Nikolas’ son, Spencer (Nicolas Bechtel) virtually penniless and causing a murderous rage in both Nikolas and Spencer.

General Hospital spoilers indicate that shortly thereafter, Cassandra Pierce entered the picture and she too, has a sordid past with Valentin. Cassandra has returned to Port Charles, thanks to Anna Devane’s (Finola Hughes) incessant need to know everything there is to know about the elusive Cassadine. 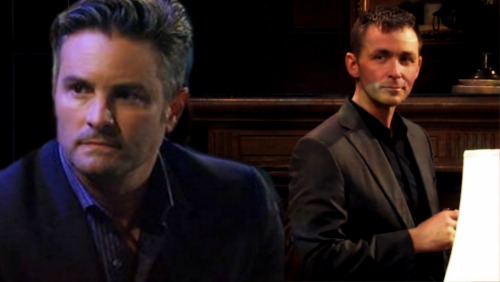 Unfortunately for Anna and the rest of Port Charles, she may have opened Pandora’s Box when it comes to the Cassadines and their secrets. Valentin has made it very clear that he will not betray his love for his wife, Nina (Michelle Stafford), but Cassandra looks like she isn’t taking “no” for an answer, she clearly has something on Valentin that she thinks will make him bow to her every whim, could Patient Six be the key to it all?

If GH buzz is correct, after Helena “died,” Cassandra and Nikolas may have strategically placed Patient Six at the same clinic Valentin sent Ava Jerome (Maura West) to, setting SB Jason’s escape in motion. This could leave the authorities and everyone in Port Charles (especially SB Jason and BM Jason) to believe Valentin Cassadine was partially responsible for the captivity and brainwashing of the Quartermaine/Moore twins. 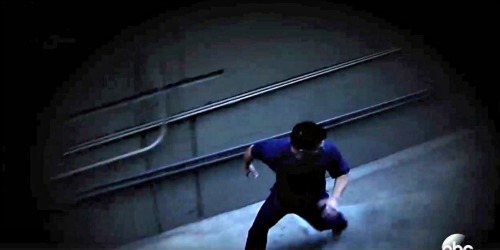 Knowing SB Jason’s remarkable killing efficiency, could Nik expect that once he learns that Valentin was responsible for this twin nightmare, he will snuff out the elusive Cassadine’s life? Is Nik pulling strings from the shadows, hoping that SB Jason or even BM Jason will kill Valentin so he can regain the Cassadine throne?

Valentin recently berated Dr. Klein for releasing the monster. Now Dr. Klein is in jail talking to SB Jason… yikes! Whatever the final truth is, Valentin can’t claim he didn’t know about what was going on.

What do you think about the possibility of Nikolas and Cassandra working together to destroy Valentin using the Jason Twins? Be sure to tune into ABC’s General Hospital (GH) to catch up on everything happening right now in Port Charles. Check CDL General Hospital spoilers often for updates, news, rumors and spoilers!