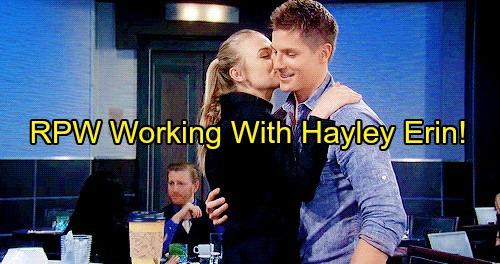 General Hospital (GH) spoilers tease that Robert Palmer Watkins (Dillon) and Hayley Erin (Kiki) have reunited for a fun project. Since Watkins was taken off contract, GH doesn’t seem to have much interest in using him. Watkins has indicated that he’s available as a recurring player, but the ball’s in General Hospital’s court. Fortunately, Watkins is still finding work and it’s with his usual screen partner!

On Twitter, Watkins tweeted out a great pic of himself with Erin. He also hinted at the project in hopes of giving “Killon” fans something to look forward to. “New project…Look who I happen to be working with,” Watkins said. He added “#brokenstrings,” which seems to be the title of the film. 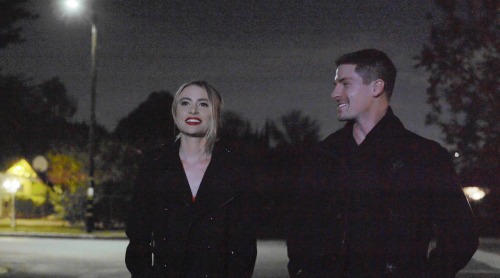 Watkins and Erin seem like their usual chipper selves in the photo, but it appears Watkins’ character could get a little banged up in this flick. In a recent Instagram post, Watkins showed off a picture of himself looking a bit scratched and dirty. He referred to this as a “bloody role,” but he’s undoubtedly having a good time on set.

Robert Adamson, who plays Noah on The Young and the Restless, is the writer and director of the film. That’s another fun soap connection! Adamson is friends with Watkins and Erin in real life, so it’s great that he convinced them to work on this project. If you like watching Kiki and Dillon on GH, you’ll undoubtedly love seeing their portrayers together in Broken Strings.

General Hospital spoilers say there’s some awesome drama coming up in Port Charles. Let’s hope they’ll let Dillon back in on the action sooner or later. He’s certainly a fan favorite and Watkins has plenty of talent! We’ll give you updates as other GH news emerges. Stay tuned to the ABC soap and don’t forget to check CDL often for the latest General Hospital spoilers, updates and news.