General Hospital Spoilers: Sonny And Carly Leave Ava to Burn on the Docks – Dante Saves Her, Angry at Father 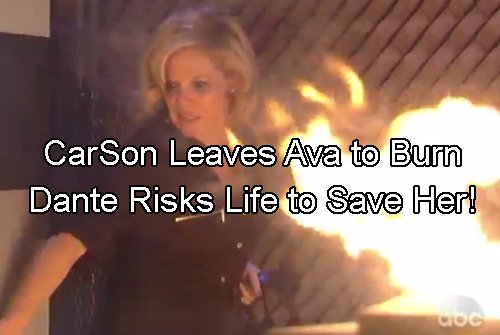 General Hospital (GH) spoilers reveal that Tuesday’s new GH episode, May 30, brings a life or death dilemma for Ava Jerome (Maura West), Sonny Corinthos (Maurice Benard) and Carly Corinthos (Laura Wright). Ava started the blaze at the warehouse on the docks trying to stop Carly and Sonny from getting to her to punish her for messing with Morgan Corinthos (Bryan Craig) and contributing to his death.

Ava started the fire to draw a fiery line between herself and Sonny and Carly, but Ava acted on impulse out of fear and with no planning. Sonny and Carly were able to get back from the flames, but Ava is trapped. When the blaze first starts, Sonny will contact Dante Falconeri (Dominic Zamprogna) to warn him they have Ava cornered and that she confessed.

General Hospital spoilers say Dante tells his father not to do anything stupid. Sonny has to get Carly on her feet and out of the way but then smoke and flames spread throughout the warehouse. Carly and Sonny are lost since they don’t know the layout but they are better off than Ava who is trapped. Ava screams for help, but it doesn’t seem likely that Sonny or Carly will go dig Ava out of the fiery grave she’s dug for herself. 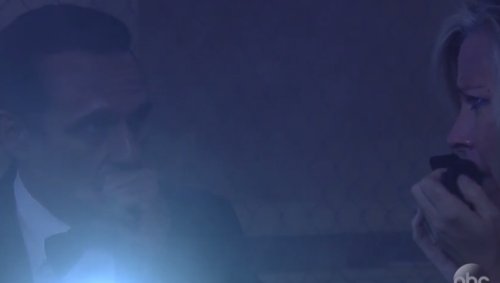 Instead, Ava’s hero will be someone more likely than Sonny to save her. GH spoilers hint Dante will be the one to brave the flames and get Ava to safety, even though she’s burned by the time he gets to her. Sonny will be furious that Dante put his life on the line to save Ava because he’s already lost Morgan thanks to Ava’s rotten schemes.

Dante wants Ava punished but he wants her to be punished by the legal system and not his father. General Hospital spoilers say Dante will be annoyed that his dad let things get so far and was willing to leave Ava to a fiery, horrible death. Once again, Sonny is acting out of bounds of the law and of decency. No matter what Ava has done, burning up is a horrifyingly painful death that she doesn’t deserve. 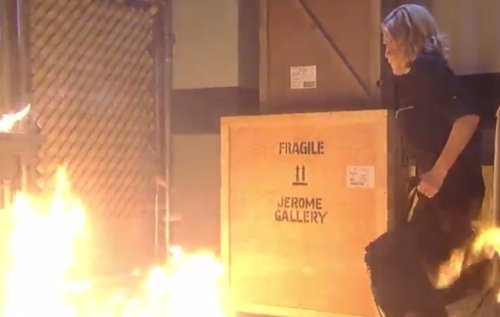 Sonny and Carly hate what Ava did to their son, but their hands aren’t exactly clean when it comes to revenge. Both have played dirty against people they hated. It was also strange that they called Morgan a “little boy” when he was old enough to be gambling online, swapping his brother’s allergy meds, bedding Ava, and working for the Jerome mob at one point.

This explosive situation comes to a head on Tuesday’s GH when Dante saves Ava then has to look his father in the eye and found out why he left the mother of his youngest child to die a horrid death. Can Dante ever respect Sonny again? Share your comments below and tune into CDL often for the latest General Hospital spoilers, news and updates.