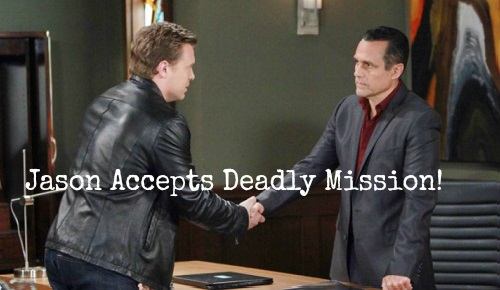 General Hospital (GH) spoilers tease that Sonny (Maurice Bernard) and Carly (Laura Wright) will work together to handle the current crisis. The jig is up for Ava (Maura West) and that means “CarSon” will face some heartache. Although it seems they’ll get justice for Morgan (Bryan Craig), they’ll still have to cope with their grief.

Carly and Sonny will lean on each other as they work through the sorrow. This will bring them closer, but it looks like another problem will surface for Sonny. Trouble is always brewing in Port Charles. General Hospital spoilers say Sonny will need Jason’s (Billy Miller) help as he tackles this drama.

Jason never backs down from a challenge, so he’ll quickly sign on for his mission. GH fans can probably expect a good dose of danger. Jason is rarely involved in anything safe! General Hospital spoilers reveal that Sam (Kelly Monaco) could have major concerns about what Jason’s getting himself into. 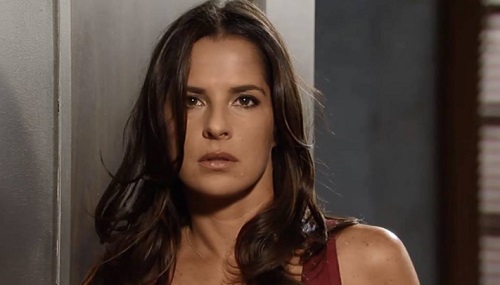 Sam has a fierce side and it certainly comes out when her loved ones are at risk. In light of all the Chimera madness, Sam may want Jason to settle down for a while. She may think he needs to focus on his family. Life-threatening events tend to make people realize what’s truly important to them.

Of course, Jason adores Sam and his kids. They’re his whole world, but that doesn’t mean he’ll be willing to walk away from whatever Sonny hands him. Jason will be determined to sort everything out. General Hospital spoilers state that Sam will get feisty throughout all of this. An inner fire will be unleashed and it could create some complications for Jason. 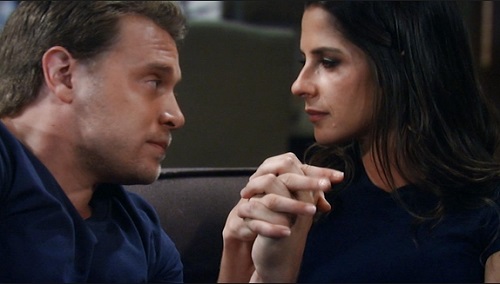 Will Sam ultimately help or hurt Jason’s quest? Could this ordeal cause a strain on their relationship as Sam sees the Stone Cold in Jason emerge? Time will tell, but it’s clear that General Hospital has a great storyline on the way. It appears Sam will eventually get caught up in some craziness of her own. Jason isn’t the only one who knows how to land in hot water.

GH spoilers say Sam will find a powerful nemesis to face off with. Who will it be and why will they be at odds? General Hospital will unravel the mystery as this twisty plot plays out over the summer. We’ll give you updates as other news comes in. Stay tuned to the ABC soap and don’t forget to check CDL often for the latest General Hospital spoilers, updates and news.

WATCH: Carly & Sonny finally get the truth out of Ava, but is that going to be enough for either of them? #GH pic.twitter.com/sMBs0EbwS3