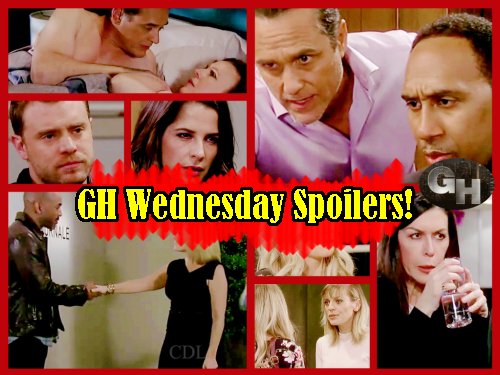 General Hospital (GH) spoilers for Wednesday, February 8 reveal that Sonny Corinthos (Maurice Benard) is about to get himself in hot water with the PCPD. The mob boss decided Jason Morgan (Billy Miller) was hiding something – which he was – and will go behind his back.

Sonny calls Brick (ESPN’s Stephen A Smith) in to show him the recordings and video from the surveillance operation of Jason and Curtis Ashford (Donnell Turner). Sonny spots the blonde hair and hears “sister” and is certain it’s Ava Jerome (Maura West) that killed his son. 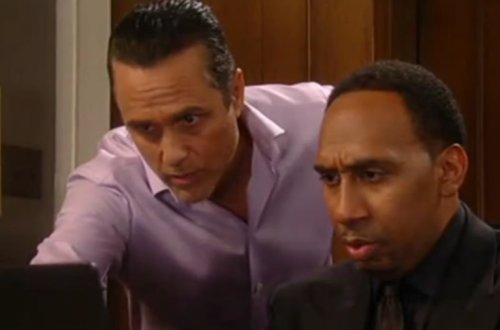 Sonny will see red and won’t listen to reason. He wants vengeance for Morgan Corinthos’ (Bryan Craig) death and goes after Ava. But there’s a complication. Curtis has also gone after Ava. He approaches her and says he’s looking for her. Ava will be flattered since he’s handsome.

Ava is at her gallery when Curtis shows and has probably been there the whole day. Curtis should quickly figure out it couldn’t have been Ava at the herb shop. His questions should lead to an alibi for Ava since she couldn’t have been with Julian Jerome (William deVry). 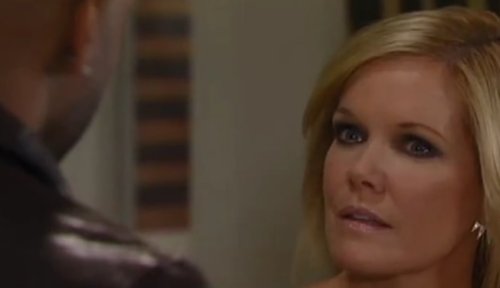 Could be that Curtis is still with Ava when Sonny comes gunning for her and may stop him. The problem is, Ava is guilty of Morgan’s death even though she didn’t set the bomb. Her guilty conscience might get the better of her and she could say the wrong thing to the hunky PI.

Jordan Ashford (Vinessa Antoine) calls Dante Falconeri (Dominic Zamprogna) into her office and tells him they found the person that set the bomb that killed his brother. She knows it’s Buzz (Don Swayze) but let’s get real, the PCPD didn’t find anything – Curtis and Jason did it – and Buzz is just a pawn. 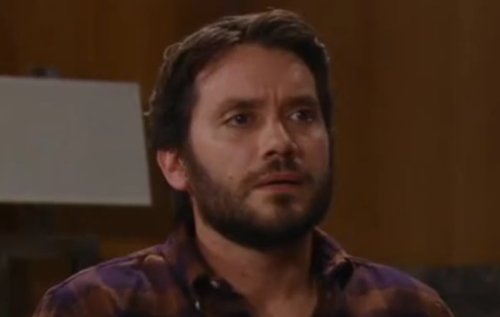 Dante considers this a lead and is happy that it should clear Sonny but then they’ll get an alert that Sonny’s ankle monitor activated – and that means trouble. Laura Spencer (Genie Francis) has a rough night when Kevin Collins (Jon Lindström) wakes her from a bad dream.

What could be haunting Laura? Is it Valentin Cassadine (James Patrick Stuart) or Nikolas Cassadine (Tyler Christopher)? Anna Devane (Finola Hughes) is also struggling. Her memories of Valentin at the WSB don’t jive with the man she knows now and it’s bothering her. 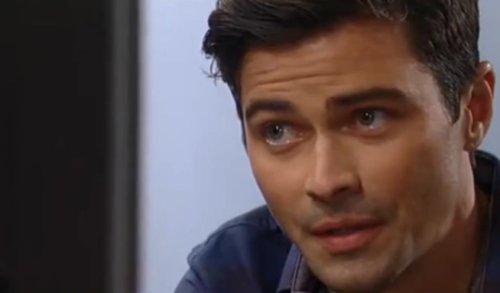 Anna meets with Griffin Munro (Matt Cohen) who wants her to snap out of it. He tells her to listen to him. It seems Anna is softening a bit where it comes to Valentin and Griffin won’t like that one bit. Plus, Valentin won’t be happy with Lulu Spencer (Emme Rylan) very soon.

Maxie Jones (Kirsten Storms) calls her to the Crimson office and offers her a play date with Charlotte Cassadine (Scarlett Fernandez) whom Maxie is babysitting. Nina Cassadine (Michelle Stafford) will be furious when she finds out what Maxie did – and so will Valentin. 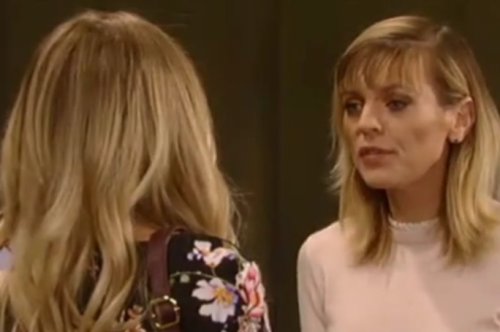 Alexis Davis (Nancy Grahn) just told Lulu to stay away from Charlotte until the court hearing unless she has Valentin’s permission to see her – this is a clear violation of that advice. But Lulu is stubborn and stays to play and she winds up freaking Charlotte out again. That’s bad.

There is trouble in paradise for Jason and Sam Morgan (Kelly Monaco). They have a prenatal appointment with Dr Kelly Lee (Minae Noji) and there seems to be an issue. Sam asks if she thinks something is wrong with their child. Is this a false alarm or a real pregnancy complication?

Share your comments below on these hot spoilers for GH on Wednesday, February 8 and tune into CDL often for the latest General Hospital spoilers, news and updates.